Brian De Palma net worth: Brian De Palma is an American film director and screenwriter who has a net worth of $40 million. Brian De Palma has built his net worth writing and directing suspense and crime thriller films such as Carrie, Dressed to Kill, Scarface, The Untouchables, and Mission: Impossible.

Brian Russell De Palma was born in Newark, New Jersey in September 1940. He got interested in film while he was a physics student at Columbia University. He co-directed and co-produced The Wedding party in 1963 which starred a young Robert De Niro. De Palma produced some films for The Treasury Department and the NAACP. He started producing documentaries including The Responsive Eye and Dionysus in 69. His best known films in the late 60s are Greetings, Hi, Mom!, and Murder a la Mod. De Palma started working in Hollywood in the 70s. He directed the popular movies Carrie, Scarface, Dressed to Kill, The Untouchables, Mission: Impossible, and Carlito's Way. He is at least somewhat responsible for giving a boost to the careers of Robert De Niro, John C. Reilly, Jill Clayburgh, John Leguizamo, Margot Kidder, and Andy Garcia. His latest film was 2012's Passion which competed for the Golden Lion at the Venice International Film Festival. He has been married to Nancy Allen, Gale Anne Hurd, and Darnell Gregorio and has two daughters. 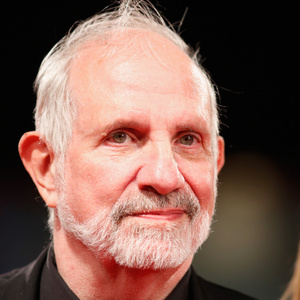