Brett Ratner Net Worth: Brett Ratner is an American director and producer who has a net worth of $85 million. Ratner has enjoyed considerable success in the film industry and has directed and or produced some of Hollywood's biggest blockbusters. Ratner also established his own film production company. In 2017, he was given a star on the Hollywood Walk of Fame.

Early Life: Brett Ratner was born on March 28th of 1969 in Miami Beach, Florida. Raised in a middle-class Jewish household, Ratner never knew his father, who became homeless in Miami Beach. After attending a Jewish elementary school in Miami, Ratner attended the Alexander Muss High School in Israel. He returned to Miami in 1986 to finish his high school days in the United States.

While growing up, he witnessed the filming of movies like "Scarface" and series like "Miami Vice" in his hometown. That being said, it wasn't until he saw the movie "Raging Bull" that he knew he wanted to become a filmmaker. After graduating from high school, Ratner attended New York University.

Career: Brett Ratner started his career by directing various music videos. He quickly gained a reputation for making some of the rap industry's most notable videos, working with figures such as Public Enemy, Redman, LL Cool J, and the Wu-Tang Clan. After establishing himself as a talented music video director, he went on to work with artists like Mariah Carey, Madonna, and Miley Cyrus.

He began his career as a feature film director in 1997 with "Money Talks," a movie starring Charlie Sheen and Chris Tucker. Next year, he directed the cult classic film "Rush Hour," starring Jackie Chan and Chris Tucker. It became the highest-grossing comedy at the time. Ratner started the 21st century with "The Family Man," a film starring Nicolas Cage. In 2001, he directed "Rush Hour 2." He then directed "Red Dragon," a prequel to "Silence of the Lambs."

In 2006, Ratner directed "X-Men: The Last Stand." The film's production was rife with issues, including sexual harassment concerns and lax safety protocols. The film received mixed reviews upon release, although it performed well at the box office. Next year, "Rush Hour 3" was released, which Ratner again directed. That year, he also directed the Eddie Murphy movie "Tower Heist."

Ratner has also produced a wide range of different series and movies. One of his most notable early production credits was on "Prison Break," a series that ran from 2005 to 2009. In 2011, he produced a documentary called "American Masters: Woody Allen – A Documentary." That year, he also produced the film "Horrible Bosses," which won widespread acclaim and earned almost $210 million at the box office.

In 2012, Ratner produced the film "Mirror Mirror," which was a retelling of the classic story of Snow White. In 2014, he followed with the production of "Horrible Bosses 2." In 2015, Brett produced the film "Black Mass," which starred Johnny Depp. He also acted as an executive producer for the "Rush Hour" TV series. Further executive producer credits came with films like "The Revenant" and "War Dogs."

In 2013, RatPac Entertainment collaborated with Dune Entertainment and signed a deal with Warner Bros for the co-production of 75 films. Ratner personally made $40 million from the release of "Gravity," which was one of RatPac's first films. In 2019, RatPac and Dune's minority stake in 76 Warner Bros. films was put up for sale, and Warner Bros. eventually bought them out for approximately $300 million.

Sexual Assault Allegations: Brett Ratner's career has been marred by a number of high-profile sexual assault allegations. Over the years, a number of women have accused Ratner of various offences. One of the first women to raise her voice was Natasha Henstridge, who accused Brett of sexually abusing her when she was 19. Other figures such as Jaime Ray Newman and Olivia Munn also came forward, stating that Ratner had acted in a sexually inappropriate manner towards them. Brett later publicly stated he had sex with Munn a number of times before admitting it was all a lie.

Another actress named Katharine Towne reported that Ratner had made aggressive advances to her while at a party. In addition, numerous revelations arose from Brett's earlier work on the film "Rush Hour 2" that further suggested he had a long history of sexual harassment issues.

84th Academy Awards Controversy: In 2011, Ratner signed on to become the producer of the 84th Academy Awards. After commenting that "rehearsal is for fags," Brett was forced to resign under mounting pressure. He apologized later for his controversial statement. Eddie Murphy was scheduled to host the show, but he also resigned as a new production team took over from Ratner.

Real Estate: In the year 2000, Brett Ratner purchased a historic property in Hollywood that was once owned by Alan Carr and Ingrid Bergman. Built in the 1920s, the property is "made for entertaining," and came with a disco installed in the basement by Carr when Ratner took possession. The house also has its own name: "Hilhaven Lodge."

Whiskey Brand: After meeting the chief marketing officer of the liquor company Diageo, Ratner started developing his own whiskey brand. He named the brand after his house, Hilhaven Lodge. The whiskey eventually became quite popular in Japan, prompting further development and expansion. The whiskey then went on to become even more popular and won a number of awards. 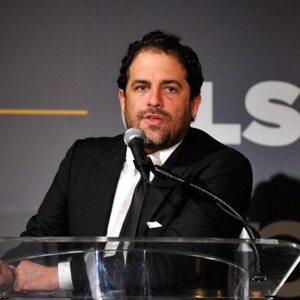