How much is Brely Evans Worth?

Brely Evans net worth: Brely Evans is an American actress and director who has a net worth of $4 million. Brely Evans was born in Oakland, California. From 2014 to 2015 she had a recurring role as Nichelle on the television series Being Mary Jane. Evans has starred in several movies including Outrighteous, Just Wright, He's Mine Not Yours, Note to Self, C'mon Man, Sparkle, Douglass U, Black Coffee, More to Love, For Love or Money, The Man in 3B, Walk Away from Love, Miss Me This Christmas, and You Can't Fight Christmas. She has also appeared in videos, shorts, and TV movies or series including Love Chronicles: Secrets Revealed, Lbs, The Cookout 2, Tracks, The Marriage Lottery, For Richer or Poorer, David E. Talbert's Suddenly Single, Let the Church Say Amen, Just a Dream, Born Against Virgin, Addicted to You, Mann and Wife, and more. She starred on the TV seires Laff Mobb's We Got Next and produced and directed the TV series Denise's Dish. 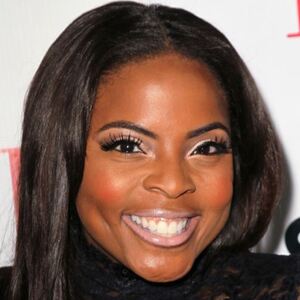