Brad Bird net worth:  Brad Bird is an American actor, animator, director, screenwriter and producer who has a net worth of $40 million dollars. Brad Bird was born in Kalispell, Montana, in 1957, and became inspired by animation at Walt Disney's Studios when he was eleven. By the time he was 14, Bird had already completed an animated short and was working with a legendary Disney animator.

He graduated from the California Institute of the Arts on a Disney scholarship and would go to work for the company, though he wouldn't stay long, leaving after "The Fox and the Hound" in 1981. He developed "Family Dog" and "Batteries Not Included" before helping to turn "The Simpsons" into a thirty-minute series. Bird's credits included "The Rugrats", "King of the Hill" and "The Iron Giant" before he pitched his idea for "The Incredibles" to Pixar. The film would earn him his first Academy Award for Best Animated Feature. He would go on to work on "Ratatouille", "Mission: Impossible – Ghost Protocol", and a follow-up to "The Incredibles". Bird has been married to his wife, Elizabeth Canney, since 1988, and has three children: Michael, Jack and Nick. 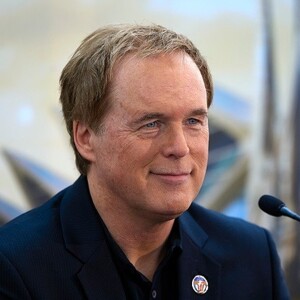