How much is Bong Joon-ho Worth?

Bong Joon-ho Net Worth: Bong Joon-ho is a South Korean film director and producer who has a net worth of $30 million. On February 9, 2020 Bong Joon-ho won several Academy Awards, including for Best Director and Best Picture for his movie "Parasite".

Bong Joon-ho was born on September 14, 1969 in Daegu, South Korea. Several of his movies are among the highest grossing films in South Korean history. His 2003 movie "Memories of a Murder" earned critical acclaim but it was his 2006 movie "The Host" that brought him widespread fame. He earned additional praise critically and commercially for 2013's "Snowpiercer" and 2017's "Okja". Snowpiercer earned $86 million on a budget of $40 million while Okja went on to earn $50 million globally on a box office of just $2 million. He became truly internationally recognizable after the release of "Parasite" in 2019. Parasite would go on to win dozens of awards including several Golden Globes, the Palm D'Or and several Academy Awards. The film earned $170 million globally on a budget of $11 million BEFORE it won its Academy Awards. It was still in theaters at the time of the win. 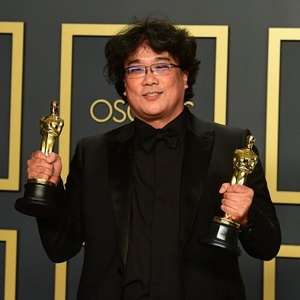