Bob Giraldi net worth: Bob Giraldi is an American film and television director who has a net worth of $5 million. Bob Giraldi was born in Paterson, New Jersey in January 1939. He is best known for directing the movie Dinner Rush and the Michael Jackson music video "Beat It". Giraldi graduated from Prat Institute and then worked as a graphic designer for General Motors.

He became art director and creative supervisor at the Young & Rubicam advertising agency in New York. Giraldi taught advertising at The School of Visual Arts and became Chair of the Advertising Department and Assistant Director of the School. He became creative director of the advertising agency DellaFemina & Partners and started his own production company Giraldi Productions which has produced and directed nearly 3000 short films, commercials, and music videos. Giraldi has worked on ad campaigns for Pepsi-Cola which featured Michael Jackson and Lionel Richie. He has directed commercials for Miller Brewing Company using many celebrities and has done many commercials for Broadway shows. He produced the feature film Dinner Rush in 2000 and has since produced 40 shorts. For the Michael Jackson "Beat It" video he won an American Music Award, People's Choice Award, and Billboard Music Award. He also directed music videos for Michael Jackson and Paul McCartney, Pat Benatar, Lionel Richie, Daryl Hall & John Oates, Diana Ross, and Will Smith. Giraldi has also been involved in the restaurant business in New York. 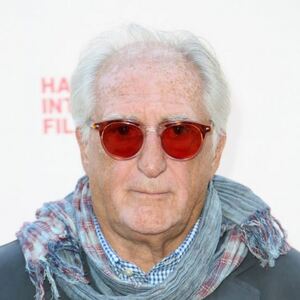