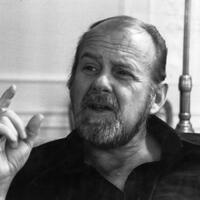 Bob Fosse net worth: Bob Fosse was an American dancer, choreographer, and director who had a net worth equal to $2.5 million at the time of his death, adjusting for inflation. Bob Fosse was born in Chicago, Illinois in June 1927 and passed away in September 1987. He worked in theater and film and was well known for stage musicals including the choreography for The Pajama Game in 1945 as well as Chicago in 1975 and the film Cabaret in 1972. His distinctively style of choreography included the use of jazz hands. Fosse is the only person who has ever won an Oscar, Emmy, and Tony award in the same year when he did so in 1973. Fosse won eight Tony Awards for choreography and one for directing Pippin. He was also nominated for four Academy Awards and won one for best Director of Cabernet. Fosse also won Primetime Emmy Awards, a BAFTA Award, Drama Desk Awards, and a Directors Guild Award. He was married three times including to Joan McCracken and Gwen Verdon and also had a relationship with Ann Reinking. Bob Fosse passed away on September 23, 1987 at 60 years old from a heart attack.

Estate: At the time of his death in 1987, Fosse's estate was worth $1 million. His estate set aside $25,000 to pay for roughly 66 of his friends to "go out and have dinner on me". He left $100,000 for a scholarship fund for theatrical students and $30,000 to two New York medical foundations. The remainder of his estate went to his surviving wife Gwen Verdon and their daughter Nicole. He left his interest in an East Hampton restaurant to his agent Samuel Cohn.