Bernardo Bertolucci net worth: Bernardo Bertolucci was an Italian film director and screenwriter who had a net worth of $40 million dollars at the time of his death in 2018. Born March 16, 1941 in Parma, Italy, Bertolucci took an interest in writing at the age of fifteen and soon received several prestigious literary awards. He wished to become a poet like his father Attilio Bertolucci, but eventually left this ambition behind to pursue an interest in cinema. His film credits are numerous and include such movies as The Conformist, Last Tango in Paris, 1900, The Last Emperor, The Sheltering Sky and The Dreamers. The Last Tango in Paris is particularly notable as Bertolucci became infamous in 1972 for this controversial film. A scene depicting anal rape, among other scenes which were thought to be exploitative, caused serious concern due to the way the film represented women. In 2013, Bertolucci expressed regret over his treatment of actress Maria Schneider as she had only been nineteen years old at the time of filming and had never acted before. Bertolucci had withheld scene information from her to extract a more realistic performance and later regretted it when he realized the impact such a thing could have on a young, inexperienced actor. Marlon Brando, who also appeared in the film, refused to speak to Bertolucci for many years over the trauma of being involved in the controversy over the film.

In 1988, The Last Emperor won all nine Academy Awards for which it was nominated, including Best Picture and Best Director. Bernardo Bertolucci also received the Golden Lion Award at the 2007 Venice Film Festival for his life's work. He was also awarded the inaugural Honorary Palme d'Or Award (at the opening ceremony of the 2011 Cannes Film Festival). Between 1962 and 2012, Bertolucci received sixteen cinematographic awards and twenty-four filmography awards. 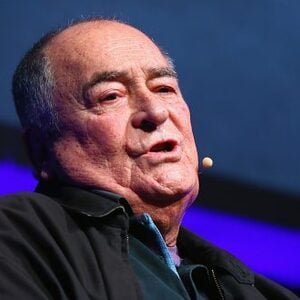