What Is Baz Luhrmann's Net Worth and Salary?

Baz Luhrmann is an Australian director, screenwriter, producer, and former actor who has a net worth of $50 million. Luhrmann began to make a name for himself directing theater productions in Australia, then he shifted his focus to film, with his first project being the 1992 film version of his play "Strictly Ballroom." A surprise hit, the film earned Baz several awards and put him on the map as a director to watch. Since then, he has written, directed, and produced the films "Romeo + Juliet" (1996), "Moulin Rouge!" (2001), "Australia" (2008), and "The Great Gatsby" (2013).

Of the 10 highest-grossing Australian films of all time, four were directed by Luhrmann. He also created the 2016 Netflix series "The Get Down," and as an actor, he had an uncredited role in "The Great Gatsby" and has appeared in the films "Winter of Our Dreams" (1981) and "The Dark Room" (1982), the TV movie "The Highest Honor" (1982), and the television series "A Country Practice" (1981–1982). Baz directed a 2002 Broadway production of "La bohème," which received seven Tony nominations, including Best Direction of a Musical and Best Revival of a Musical. "Moulin Rouge!" was adapted into a Broadway musical in 2019, and it earned Luhrmann a Tony for Best Musical. Though he did not direct "Moulin Rouge! The Musical!," Baz was credited with Creative Services in the playbill, and he produced the Broadway cast recording. Luhrmann launched the record label House of Iona, and he released the 1998 album "Something for Everybody," which included tracks from his films as well as the hit song "Everybody's Free (To Wear Sunscreen)."

Baz Luhrmann was born Mark Anthony Luhrmann on September 17, 1962, in Sydney, New South Wales, Australia. His father, Leonard Luhrmann, ran a movie theater and a gas station, and his mother, Barbara Carmel, taught ballroom dancing and owned a dress shop. Luhrmann grew up in the rural New South Wales settlement of Herons Creek, and he studied at St Joseph's Hastings Regional School, Port Macquarie, St Paul's Catholic College, and Narrabeen Sports High School. Baz appeared in a St Paul's Catholic College production of William Shakespeare's "Henry IV," and he met Craig Pearce (who would later co-write "Strictly Ballroom," "Romeo + Juliet," "Moulin Rouge!," and "The Great Gatsby" with him) at Narrabeen Sports High School. He earned the nickname "Baz" during his youth due to his hair style; the nickname was inspired by the English Basil Brush. Luhrmann officially changed his name to Bazmark as a teenager. He graduated from high school in 1980, and that year he was cast in his first film, "Winter of Our Dreams." In 1982, Baz co-founded The Bond Theatre Company, which performed at the Pavilion at Bondi Beach in Sydney. In 1983, Luhrmann appeared in the television documentary "Kids of the Cross" and enrolled in an acting course at Sydney's National Institute of Dramatic Art, graduating in 1985.

After appearing in several plays, Baz directed a New Moon Theatre Company production of "Crocodile Creek." In 1992, he adapted his play "Strictly Ballroom" into a film, and it earned him several awards as well as a Golden Globe nomination. His second feature film was 1996's "Romeo + Juliet," which starred Leonardo DiCaprio and Claire Danes and grossed $147.5 million against a $14.5 million budget. Next, Luhrmann directed Nicole Kidman and Ewan McGregor in the 2001 jukebox musical "Moulin Rouge!," which brought in $179.2 million at the box office and received eight Academy Award nominations, including Best Picture. He reunited with Kidman for 2008's "Australia," which also starred Hugh Jackman. The film earned $211.3 million, and Baz followed it up another hit, 2013's "The Great Gatsby." Starring Leonardo DiCaprio, Tobey Maguire, Carey Mulligan, and Joel Edgerton, "The Great Gatsby" is Luhrmann's highest-grossing film to date, at $353.6 million, and it won 12 Australian Academy of Cinema and Television Arts Awards. In 2014, it was announced that Baz was in negotiations to direct an Elvis Presley biopic for Warner Bros., and in March 2019, Tom Hanks was cast in the role of Colonel Tom Parker; Austin Butler landed the role of Elvis a few months later. The movie, simply called "Elvis," began filming in Australia in January 2020, and production was halted in March after Hanks tested positive for COVID-19. Due to the pandemic, filming did not resume until September 2020. 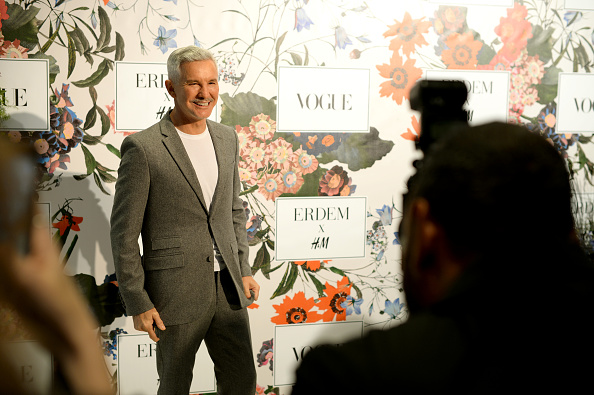 Baz married production designer Catherine Martin on January 26, 1997, and they welcomed daughter Lillian on October 10, 2003, and son William on June 8th, 2005. Luhrmann is a supporter of the Australian Football League team the Melbourne Demons.

In 2017, Luhrmann paid $13.5 million for an impressive townhouse in New York City that dates to the 19th century. He proceeded to spend several million dollars performing a massive renovation. Unfortunately, the COVID-19 pandemic disrupted Baz and Catherine's plan to live there full-time and kept them stranded in their native Australia. The couple put the six-bedroom, five-bathroom property on the market for a shade under $20 million in March 2022, with Catherine stating, "We just thought, 'This is ridiculous.' The house has been empty for almost three years. And someone should take advantage of it. But it breaks our hearts." 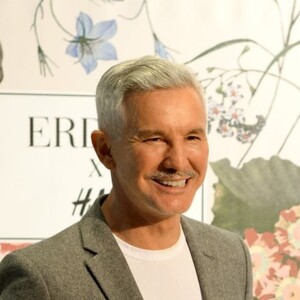