Barry Levinson net worth: Barry Levinson is an American writer, producer, actor, and director who has a net worth of $150 million dollars. Barry Levinson was born in Baltimore, Maryland, and began his professional career in Hollywood as a writer. He wrote for such programs as "The Marty Feldman Comedy Machine", "The Tim Conway Show", and "The Carol Burnett Show".

He then went on to write multiple high-profile screenplays, including "Silent Movie", "High Anxiety". He also wrote the Oscar nominated screenplays, "… And Justice for All" (co-written with Valerie Curtin), and "Diner". He directed the latter. He then went on to write and/or direct such critically and commercially successful projects as, "Tin Men", "Avalon", and "Rain Man". He won Oscars for Best Director and Best Movie for "Rain Man". Other notable projects include "The Natural", "Good Morning, Vietnam", "Bugsy", and "Wag the Dog". He has produced multiple television shows, and is currently writing and directing a film about John Gotti. 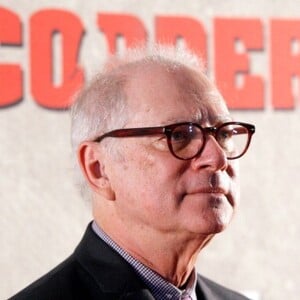