Anthony Russo net worth: Anthony Russo is an American director, producer, screenwriter, and actor who has a net worth of $20 million. He is best known for being one half of the Russo brothers.

Anthony Russo was born in Cleveland, Ohio in February 1970. He makes up the Russo brothers with his brother Joseph Russo. The Russo Brothers wrote, directed, and produced the film Pieces in 1997. They wrote and directed the movie Welcome to Collinwood in 2002. Anthony Russo directed the films You, Me and Dupree in 2006, Captain America: The Winter Solider in 2014, Captain America: Civil War in 2016, Avengers: Infinity War in 2018, and Avengers: Endgame in 2019. Russo produced the movies 21 Bridges in 2019, Relic in 2020, and Extraction in 2020. As a part of the Russo brothers he directed and/or executive produced the TV series Lucky, Arrested Development, LAX, What About Brian, Carpoolers, Comedy Showcase, Community, Running Wilde, Happy Endings, Up All Night, Animal Practice, Deadly Class, Larry Charles' Dangerous World of Comedy, and more. Russo won a Primetime Emmy Award in 2004 for Outstanding Directing for a Comedy Series for Arrested Development. 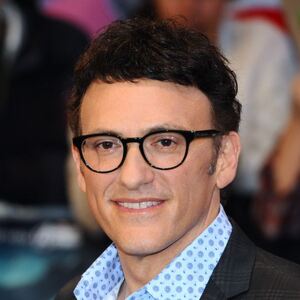