Anne Fletcher Net Worth: Anne Fletcher is an American actress, film director, and choreographer who has a net worth of $15 million. Fletcher was born in Detroit, Michigan in May 1966. She took dance lessons as a child and appeared on the show Salute to the Superstars at age 15. Anne moved to California and was trained by Joe Tremaine.

She worked as a choreographer for six years with Jeff Andrews. As an actress Fletcher appeared as a dancer in the movies Tank Girl, George of the Jungle, Boogie Nights, Titanic, Scream 2, Dudley Do-Right, Monkeybone, and A Walk to Remember. She has starred in the films Bring It On, Bringing Down the House, Catwoman, The Pacifier, Step Up, Hairspray, The Proposal, and Rock of Ages. Fletcher has directed the movies Step Up, 27 Dresses, The Proposal, and The Guilt Trip. As a choreographer she has also worked on the films The Flintstones, The Mask, Casper, Antz, Almost Heroes, She's All That, The Wedding Planner, Not Another Teen Movie, Orange County, The Master of Disguise, Catch Me If You Can, Dickie Roberts: Former Child Star, Along Came Polly, The Longest Yard, The 40 Year-Old Virgin, and Get Him to the Greek. 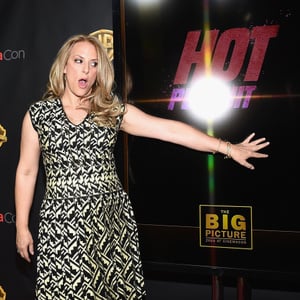