Andrew Upton net worth: Andrew Upton is an Australian playwright, screenwriter, and director who has a net worth of $10 million dollars. Andrew Upton began his professional career in the late 90s in Australia, primarily working on continuity for projects such as "The Well", "Thank God He Met Lizzie", and "Babe: Pig in the City".

He began to make a name for himself as a writer in the early 2000s, and has written such projects as the film "Gone", and the well-received original play, "Riflemind". He has also penned successful adaptations of such plays as "Hedda Gabler", "Cyrano de Bergerac", "The Cherry Orchard", "Uncle Vanya", and "The Philistines". He launched a production company with his wife, Oscar-winning actress Cate Blanchett, and has since produced such projects as "Bangers", and "Little Fish". He also co-directed the Sydney Theater Company with Blanchett from 2008 to 2011. His work in the theater has also extended to opera, and he wrote the libretto for the opera, "Through the Looking Glass" in 2008. 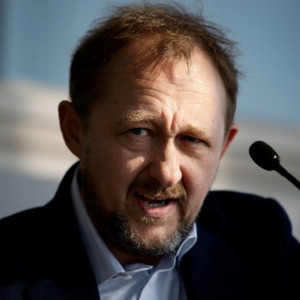