Andrew Stevens net worth: Andrew Stevens is an American film executive, producer, director, and actor who has a net worth of $5 million. Andrew Stevens was born in Memphis, Tennessee in June 1955. As an actor he starred as Andrew Thorpe in the television series The Oregon Trail from 1976 to 1977. Stevens starred as Ted Rorchek in the TV series Code Red from 1981 to 1982.

He starred as Lt. Glenn Matthews from 1983 to 1984 in the series Emerald Point N.A.S. From 1987 to 1992 Stevens starred as Casey Denault in the television series Dallas. He has more than 120 acting credits to his name including films such as Half Past Dead, Feardotcom, Heist, 3000 Miles to Graceland, Get Carter, Battlefield Earth, The Whole Nine Yards, and more. Stevens was nominated for a Golden Globe Award for Best Motion Picture Acting Debut – Male for The Boys in Company C in 1979. From 1978 to 1982 he was married to actress Kate Jackson. 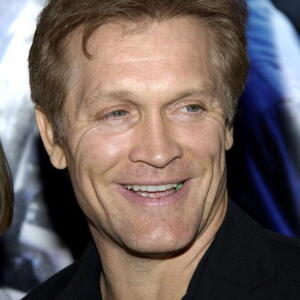