How much is Andrew Niccol Worth?

Andrew Niccol net worth: Andrew Niccol is a New Zealand screenwriter, director, and producer who has a net worth of $14 million. He is probably best-known for writing and/or producing films such as The Truman Show, Lord of War, Gattaca and Good Kill.

Andrew Niccol was born in Paraparaumu, Kapiti Coast District, New Zealand in June 1964. At 21 he moved from New Zealand to London to become a commercial director. He found success and spent more than a decade in London working on various forms of advertisements before making the leap to the film world.

He was nominated for an Academy Award and a Golden Globe Award for The Truman Show in 1999 and won a BAFTA Award for the same film the same year. To date his movies have grossed more than $500 million worldwide.

During the production of his 2002 movie Simone, Andrew met Canadian model Rachel Roberts who played the title role. They married that year. Today they have two children together. 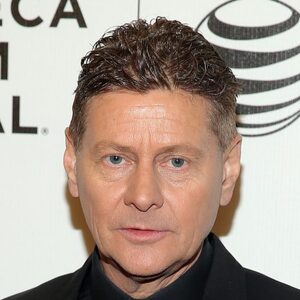