Andrew Jarecki net worth: Andrew Jarecki is an American filmmaker, musician, and entrepreneur who has a net worth of $50 million. Andrew Jarecki is the co-founder and CEO of Moviefone which was sold to AOL in 1999 for $388 million. He graduated from Princeton University in 1985. He produced and directed the 2003 documentary film Capturing the Friedmans.

The film won 18 awards including the New York Film Critics Circle Award and the Grand Jury Prize at the Sunday Film Festival. It was also nominated for an Academy Award. He produced and directed the 2010 movie All Good Things. In 2015 Jarecki produced, wrote, and directed the HBO TV mini-series documentary The Jinx: The Life and Deaths of Robert Durst. He also directed the 2004 documentary short Just a Clown and produced the 2010 documentary film Catfish and an episode of Catfish: The TV show in 2013. Andrew was featured singing backing vocals and playing the drums for Bikini Robot Army's single "Joe Strummer's House". His brother is the documentary filmmaker Eugene Jarecki and his half-brother is filmmaker Nicholas Jarecki. Andrew's father is the financier and philanthropist Henry Jarecki. 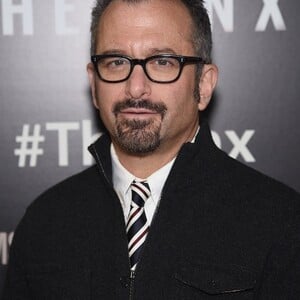