Allison Anders Net Worth: Allison Anders is an American director who has a net worth of $2 million. Anders was born in November of 1954 and is best known for her independent films, as well as television shows that she has directed. She also works quite frequently with Kurt Voss.

Both she and Voss graduated from UCLA's film school. Anders hails from Ashland, Kentucky and is said to live somewhat of a hard life. She has stated that her rough childhood has inspired and driven many of her films. Because she moved so frequently, Anders spent a good portion of her childhood watching TV and attending movies rather than attending school. It's these instances that are said to have gotten her interested in films from such a young age. Even though she has said she was unaware of the movie industry until later in life. Her first full-length film was Border Radio, which was nominated for Best Feature in 1988 by the Independent Feature Project. She then went on to make additional films, eventually catching the eye of Hollywood high ups and landing projects with more clout. She has also directed episodes of Sex in the City, Cold Case, The L Word, What About Brian, and Southland. 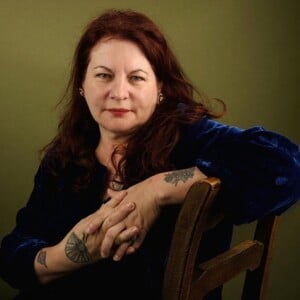