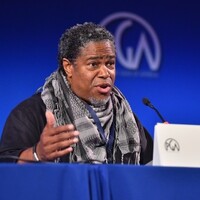 Ali LeRoi net worth: Ali LeRoi is an American television producer, director, actor, and writer who has a net worth of $5 million. Ali LeRoi was born in Chicago, Illinois in February 1962. He is best known for co-creating and executive producing the television series Everybody Hates Chris. LeRoi worked on The Chris Rock Show as supervising producer and as a writer. In 2003 he was a writer and consulting producer for the TV series The Orlando Jones Show. From 2005 to 2009 he served as executive producer and creator of Everybody Hates Chris. LeRoi also created the TV series Are We There Yet? which he executive produced and wrote for. He has written and/or produced the movies Down to Earth, Head of State, and Pootie Tang. LeRoi won a Primetime Emmy Award in 1999 for Outstanding Writing for a Variety or Music Program for The Chris Rock Show.