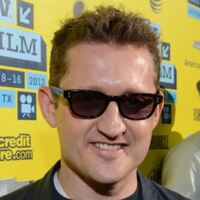 What is Alex Winter's net worth?

Alex Winter is an English-born American actor, producer and director who has a net worth of $4 million. Alex Winter is perhaps best known for his roles in the 1987 horror "The Lost Boys", the 1989 comedy "Bill and Ted's Excellent Adventure," its 1991 sequel, "Bill and Ted's Bogus Journey," and the 2020 reboot "Bill & Ted Face the Music" which co-starred Keanu Reeves.

Winter has since written and directed a number of other films, including documentaries such as "Downloaded," "The Panama Papers," and "Zappa."

Alex Winter is an actor and filmmaker, best known for his role as Bill S. Preston, Esq. in the comedy films "Bill & Ted's Excellent Adventure," "Bill & Ted's Bogus Journey," and "Bill & Ted Face the Music." He was also in the cult favorite vampire film "The Lost Boys," and co-wrote, co-directed, and starred in the comedy "Freaked" in 1993.

Alex Winter was born in 1965 in London, England to American mother Margaret and Australian father Ross, both of whom were dancers. He is of Ukrainian Jewish descent on his mother's side, and of English ancestry on his father's. Winter has an older brother, Stephen. When he was five, he moved with his family to Missouri, where his mother taught dance at Washington University in St. Louis and his father ran a dance company. In 1978, five years after the divorce of his parents, Winter moved to Montclair, New Jersey to live with his mother. He began performing on and off Broadway during this time. Upon graduating from Montclair High School, Winter was accepted into New York University's Tisch School of the Arts, where he met fellow filmmaker and future collaborator Tom Stern.

Early on as an actor, Winter had supporting roles in Broadway productions of "Peter Pan" and "The King and I." After graduating from NYU, he and Stern moved to Hollywood, where they wrote and directed many short films and music videos. In 1987, Winter landed a prominent role in the black comedy horror film "The Lost Boys," costarring Jason Patric, Corey Haim, Kiefer Sutherland, and Corey Feldman. The next year, he had a notable part in Ivan Passer's drama "Haunted Summer."

Winter achieved international fame in 1989, when he was cast in his most famous role: Bill S. Preston in the hit comedy "Bill & Ted's Excellent Adventure." Starring alongside Keanu Reeves as Ted Logan, the zany science-fiction comedy became a huge success, grossing $40 million on a budget of around $10 million. Winter and Reeves would later reprise their roles in two sequels: 1991's "Bill & Ted's Bogus Journey" and 2020's "Bill & Ted Face the Music."

Beyond "Bill & Ted," Winter has acted in such films as "Rosalie Goes Shopping," starring Brad Davis and Judge Reinhold; "Freaked," which he also co-wrote and co-directed; "Grand Piano," starring Elijah Wood and John Cusack; and "Smosh: The Movie," a YouTube-inspired web film he also directed. On television, Winter has appeared in an episode of the crime procedural "Bones" and in five episodes of the Adult Swim series "Saul of the Mole Men." He has also lent his voice to the stop-motion sketch comedy "Robot Chicken" and the Hulu horror anthology streaming series "Into the Dark." 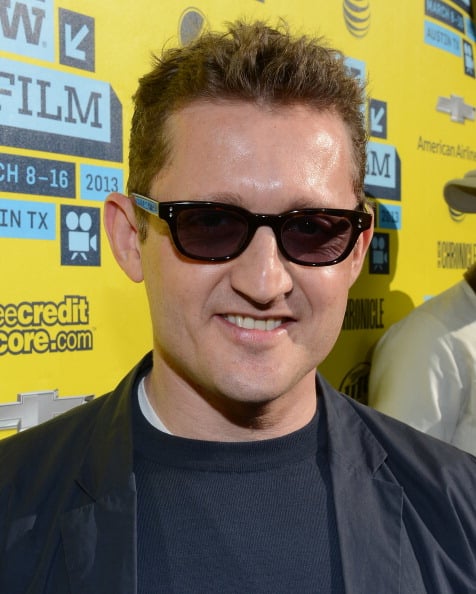 In addition to acting and writing, Winter has had a prolific career as a director. In 1991, along with Tom Stern, he co-directed the MTV sketch comedy show "The Idiot Box." Following this, Winter, Stern, and fellow collaborator Tim Burns were given $12 million to make their own feature film for 20th Century Fox. The resulting film was 1993's "Freaked"; although it never received a wide release, the film went on to become a cult hit. Winter didn't return to the director's chair until 1999, when he made the psychological thriller "Fever." The film played at festivals around the world, including at the prestigious Cannes Film Festival in the Director's Fortnight competition. Later, in 2007, Winter directed the live-action television adaptation of the Cartoon Network series "Ben 10," and in 2009, directed its sequel, "Ben 10: Alien Swarm." Both films were major hits for the network.

More success came in 2012, when Winter transitioned to documentary filmmaking for his film "Downloaded," which focused on Napster and the culture of file sharing. This was followed by "Deep Web: The Untold Story of Bitcoin and the Silk Road" and the short documentary films "Anyone Can Quantum" and "Relatively Free." Two more documentaries came in 2018: "The Panama Papers" and "Trust Machine: The Story of Blockchain." In 2020, Winter released "Showbiz Kids," about Hollywood child actors, and "Zappa," a chronicle of the life and career of musician Frank Zappa. Thanks to Kickstarter, the latter film became the highest-funded documentary in crowdfunding history.

Winter has directed or acted in various music videos throughout his career. In 1989, he contributed to three music videos for the Red Hot Chili Peppers: acting in the video for "Higher Ground," directing "Taste the Pain," and acting in and co-directing "Knock Me Down." The following year, he co-directed Ice Cube's "Who's the Mack?," Human Radio's "Me & Elvis," and Extreme's "Decadence Dance." In 1994, he was in the video for Brother Cane's "Hard Act to Follow," and directed Helmet's "Milquetoast" and "Wilma's Rainbow." Winter's other music video credits have included Bomb the Bass' "1 to 1 Religion" and "Bug Powder Dust," Foetus' "Verklemmt," and Axiom Funk's "If 6 Was 9," all of which he directed.

In 1995, Winter married Sonya Dawson; they had a son in 1998, and later divorced. In 2010, Winter wed film producer Ramsey Ann Naito, with whom he has two children.

Due to his heritage, Winter maintains dual American and British citizenship.