Alejandro Gomez Monteverde net worth: Alejandro Gomez Monteverde is a Mexican filmmaker who has a net worth of $2 million. His net worth has been earned through several years in the film industry, during which he has succeeded in achieving a level of notability that few directors are blessed with. He is best known for the movie Bella, his debut feature about several people living in New York City over the course of a day.

When the movie premiered in 2006, it immediately became something of a popular favorite, winning the "People's Choice Award" at the 2006 Toronto International Film Festival. Since Bella, Monteverde has worked on another feature film entitled Little Boy, which was released in 2015. Monteverde is also notable for his personal life, as he is married to model and actress Ali Landry. Landry is most famous for her work as a "Doritos girl" in a 1998 Super Bowl commercial for the popular snack, and as part of the cast of the UPN sitcom Eve. The two met at a Bible study group sponsored by a church and were married in 2006. In 2007, they had their first child, Estrela, and four years later in 2011 their second child was born, a boy named Marcelo. 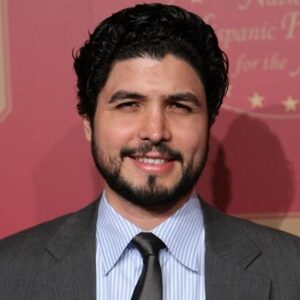