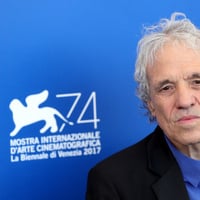 Abel Ferrara Net Worth: Abel Ferrara is an American screenwriter and director who has a net worth of $10 million. He was born in July of 1951 and is best known for his work on independent – or indie – films, such as The Driller Killer, Ms. 45, King of New York, Bad Lieutenant, and The Funeral – which were released from the late 70s through the late 90s. Ferrara was born in The Bronx, New York City and is of Italian and Irish descent. Raised in a Catholic family, he relocated when he was 15, moving to Westchester in order to attend SUNY Purchase's film conservatory. It was then that he began directing short films. However, when work became short, he created a pornographic film that he could direct, which starred his at-the-time girlfriend. Ferrara soon found success and began creating mainstream films. He has since created a number of working relationships and often collaborates with actors and producers, etc. for multiple films. Most notably, Christopher Walken, whom has appeared in a number of Ferrara's films. His latest film is 4:44 – Last Day on Earth, which was released in 2011, though he has two additional films scheduled for 2014, Welcome to New York and Pasolini. Ferrara has two adopted daughters.