Aaron Seltzer net worth: Aaron Seltzer is a Canadian screenwriter who has a net worth of $20 million. Aaron Seltzer has earned his net worth as part of a team along with film director Jason Friedberg who are well-known for several parody films. Movies that include Scary Movie, Spy Hard, Date Movie, Epic Movie, Meet the Spartans, Disaster Movie and Vampires Suck.

He was born in Mississauga, Ontario, Canada on January 12, 1974. The reception of Seltzer and his partner Jason Friedberg has been mostly negative; their movies are based on making fun or "spoofing" of other films. In fact critic Josh Levin of Slate a US-based English language online current affairs and culture magazine stated "Friedberg and Seltzer. Are not filmmakers. They are evildoers, charlatans, symbols of Western civilization's decline…" Among all of their films, Friedberg and Seltzer had cast MADtv alumni Crista Flanagan and Ike Barinholta as well as Carmen Electra. Their screenplay The Biggest Movie off All Time 3D was released in 2012. This latest film is a spoof based on the 2009 American epic science fiction film Avatar written and directed by James Cameron. Spill.com's Korey Coleman has claimed that he is "bothered" by the duo's films, as he believes they are dumbing down the film industry and popular culture in general. 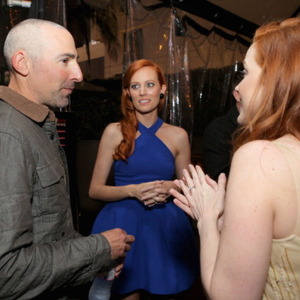