Aaron Ruell net worth: Aaron Ruell is an American director, actor and photographer who has a net worth of $300 thousand. Aaron is best known for starring as Kip Dynamite in the 2004 movie "Napolean Dynamite."

Aaron Ruell was born in Fresno, California in June 1976. Ruell also voiced the role of Kip in the Napoleon Dynamite television series in 2012. He also starred in the films Think Tank in 2006 and On the Road with Judas in 2007. Ruell wrote and directed the shorts Mary and Everything's Gone Green in 2005. He worked as a still photographer for the film Napoleon Dynamite. In 2005 Ruell was nominated for a Teen Choice Award for Choice Movie Rockstar Moment for Napoleon Dynamite. 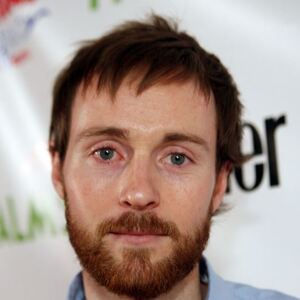