Dick Clark net worth: Dick Clark was an American television and radio host who had a net worth of $200 million at the time of his death in 2012. Dick Clark was most famous for hosting "American Bandstand" and "Dick Clark's New Year's Rockin' Eve". During his lengthy career, Clark introduced American television and radio audiences to hundreds of bands and solo artists who would go on to become massively popular. Dick Clark passed away on April 18th, 2012 in Santa Monica California at the age of 82. He suffered a debilitating stroke in 2004 which made it difficult for Clark to continue his hosting duties on New Years Eve. After the stroke, Clark was replaced by Ryan Seacrest.

Early Life: Richard Augustus Wagstaff Clark Jr. was born on November 30, 1929 in Mount Vernon, New York to Richard Augustus Clark Julia Fuller Clark. He is of English ethnicity. His only sibling, Bradley Clark, was a World War II pilot that was tragically killed in the Battle of the Bulge. Clark was an average student that attended A.B Davis High School in Mount Vernon, NY.

At the incredibly young age of 10, Clark announced his dream of becoming a radio show host and pursued it throughout his teen years.  At 16, Clark started his first job at WRUN, a radio station out of Rome, New York that was owned by his Uncle, in the mailroom. Clark was quickly promoted to weatherman and radio announcer at WRUN before leaving for college. He attended Syracuse University, where he graduated with a degree in advertising and a minor in radio in 1951. During his college tenure, he worked at country station WOLF-AM and was also a member of the Kappa Epsilon fraternity.

Career: After graduating, Clark briefly returned to WRUN, under the name Dick Clay. Clark then worked at several radio and television stations before accepting a job as a disc jockey at WFIL, a radio station out of Philadelphia, Pennsylvania in 1952. During his time at WFIL, Clark also worked as a regular substitute host for Bob Horn's Bandstand. He eventually took over as permanent host after Bob Horn's drunk driving arrest in 1956.

Bandstand was picked up by the ABC television network and renamed to American Bandstand, where it debuted nationally on August 5, 1957. The show quickly gained popularity, much due to Clark's clean-cut image and natural communication skills to make the current music at the time presentable to parents. Clark was a huge hit with both the teenage and parent audiences.

In 1958, The Dick Clark Show was added to ABC's Saturday night lineup, where it exceeded 20 million views by the end of its first year. Featured artists on the show were known to have massive boosts in their career after appearing on Clark's show as well. There was an estimated audience of approximately 50 million people.

In 1964, Clark moved the show from Philadelphia to Los Angeles, where it ran daily from Monday-Friday until 1963. It began to run weekly on Saturdays until 1988. The show was eventually cancelled, although it was briefly reinstated with new host David Hirsch, in 1989.

In 1981, Clark created and hosted The Dick Clark National Music Survey for the Mutual Broadcasting System, which counted down the top 30 contemporary hits of the week.

Clark also worked as a game show host during his career. He replaced Ed McMahon as host for game show Missing Links in 1964 and later became the first host of The $10,000 Pyramid, a word association game, that premiered on March 26, 1973 on CBS.

Dick Clark's New Year's Rockin' Eve was first produced by Clark in 1972. The show was aired on NBC as a music special that also included coverage of festivities in New York City and was hosted by George Carlin and Three Dog Night. In 1974, the program was moved to ABC and Clark took over as host. The show experienced great success and popularity and became the most watched New Year's Eve broadcast.

Clark hosted a variety of other TV specials and pageants. Clark also made several guest appearances, including a notoriously humorous appearance on the Perry Mason TV series.

Earnings/Investments: At the heyday of American Bandstand's success Clark was actually not making very much money. At least, not anywhere near as much money you would make today as the host of a nationally syndicated mega hit show (example: Ryan Seacrest makes $60+ million a year as a television host and presenter). In order to supplement his earnings, Clark had been investing heavily in several lucrative areas of the music business including music publishing, talent management, artist merchandise and record distribution. These investments caused Dick Clark's net worth to sky rocket. In one example that came out during the Congressional hearings, Clark admitted that a $125 record company investment went on to pay him over $30,000 in roughly two years. Unfortunately, the United States Congress eventually saw these side businesses as a conflict of interest as part of their investigations into payola (DJs getting paid to play certain records). Even though Clark vehemently denied that he had ever pushed one of his own artists unfairly, he was forced to sell off all of his interests in the music business in 1960.

Business: Clark owned several radio stations. From 1964 to 1978, he owned KPRO (now KFOO) in Riverside, California under the name Progress Broadcasting. In 1967, he purchased KGUD-AM-FM in Santa Barbara, California.

Clark also produced the American Music Awards in 1973 and went public as Dick Clark Productions in 1987.

In 1982, Clark launched his own radio syndication group called the United Stations Radio Network, which later merged became Unistar and sold to Westwood One Radio in 1994.

Clark suffered from Type 2 diabetes and suffered a stroke in December 2004. Clark died on April 8, 2012, at the age of 82, from a heart attack while undergoing a procedure to correct an enlarged prostate.

Real Estate: Dick and Kim owned several homes in the LA area. Their most notable property was a remote 23-acre compound in Malibu that was modeled after his favorite cartoon, The Flintstones. Just before he passed, the home was listed for sale for $3.35 million. It sold a year later for $1.778 million.

From the 1970s until his death, Dick owned an oceanfront property in Malibu. This property is one of the few in Malibu that features a pool on the beach-side of the lot. Most beachfront properties in Malibu do not have pools at all, only a tiny sliver have pools on the sand.

In 2002 Dick bought an 11-acre bluff in Malibu above Latigo Beach from Pepperdine University for $15 million. The property had a 6,600 square-foot main house and a 2,000 square-foot guest house. Today the property, known as "Gulls Way" is a highly-desirable wedding and event venue. Today this property is likely worth at least $30 million. 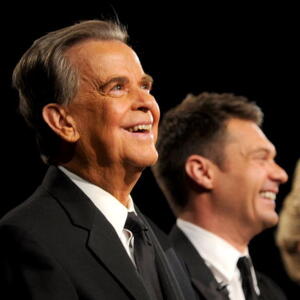