What is Diane Sawyer's net worth and salary?

Diane Sawyer is a news anchor and television journalist who has a net worth of $80 million dollars. After beginning her professional career in politics, Sawyer went on to become one of the most well known television journalist in America, having worked for a variety of news networks and organizations over the course of her decades-spanning career.

Diane Sawyer was born in Glasgow, Kentucky on December 22nd, 1945. Her interest in civics manifested early, and Sawyer served as editor-in-chief of her school newspaper in high school. She won 1st place in the national America's Junior Miss scholarship pageant in 1962 as a senior in high school, and she toured America promoting the Coca-Cola Pavilion at the New York World's Fair. She eventually went on to attend Wellesley College in Massachusetts in 1967 with a degree in English, then going on to attend a single semester of law school at the University of Louisville. It was there, in Louisville, that she embarked on what would become her primary career: TV news. At WLKY -TV in Louisville, she worked as both a weather forecaster and general news reporter, but her work in journalism would take a brief pause after she made the move from Kentucky to the nation's capital.

Sawyer parlayed her early journalism work into a job in the White House in 1970, when she moved to Washington, D.C. and became assistant to the White House deputy press secretary. She later became administrative assistant to White House Press Secretary and then a staff assistant for President Richard Nixon. She is said to have helped Nixon write his memoirs and also worked to prepare for his famous interviews with David Frost. Because of her work in the White House with the Nixon administration, she was one of the individuals commonly speculated of being the anonymous Watergate informant known as Deep Throat. Before Deep Throat's identity was publicly revealed, Sawyer was one of six popular suspects to have requested and gotten a public denial that she was Deep Throat from reporter Bob Weinstein.

Diane Sawyer joined CBS News in 1978 as reporter and correspondent. In 1981 Sawyer became a CBS Morning News co-anchor, before becoming a correspondent for 60 Minutes in 1984. From 1989 to 1998, and then again from 2000 to present she has served as a co-anchor of Primetime Live. She also served as a 20/20 co-anchor from 1998 to 2000. From 1999 to 2009 she was a co-anchor of Good Morning America (on which she was the reporter to have broken the story of the 9/11 attacks to GMA viewers that morning)and was an ABC World News anchor from between 2009 and 2014, when her position at ABC changed to a "special contributor" for ABC News. Her tenure on ABC World News was subject to the same ratings struggles of all network news programs at that time but was generally successful and distinguished by Sawyer's signature sign-off: "I'll see you right back here tomorrow night." In 2010, she received the Walter Cronkite Award for Excellence in Journalism, and in 2012 she received an honorary Doctorate of Letters from Brown University. Then, in 2019, she was named a Disney Legend thanks to her long and storied association with ABC News, which is owned by the Walt Disney Company. As a 2019 inductee she is joining such other famous faces as Robert Downey Jr., Bette Midler, James Earl Jones, and fellow TV reporter Robin Roberts in receiving the honor.

Over the course of her career, Sawyer has interviewed U.S. Presidents Bill Clinton, George W. Bush, Barack Obama, and Richard Nixon. She has also interviewed Saddam Hussein, Fidel Castro, Manuel Noriega, Nancy Reagan, Michael J. Fox, and Michael Jackson, to name only a few of the many luminaries to have been interviewed by her over the years. She has been inducted into the Television Hall of Fame and received an Emmy, Daytime Emmy, and a Peabody Award for her work as a reporter. 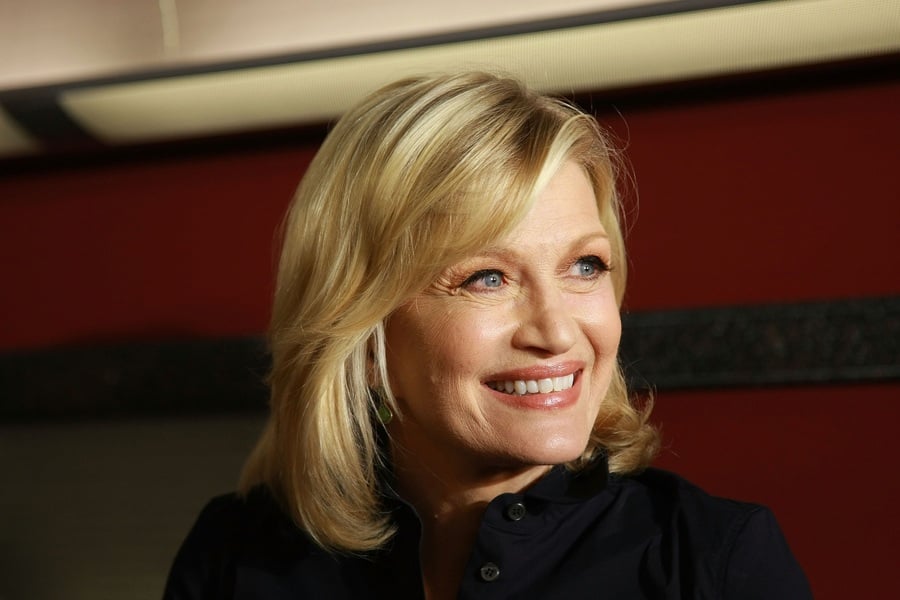 Sawyer married famed film and theater director Mike Nichols in 1988 and the marriage lasted until Nichols passed away in 2014. They had no children, but Nichols did have two children from previous marriages.

Diane Sawyer is one of many, many celebrities and public figures who have reportedly taken up residence in The Bresford, a famous luxury apartment building in New York City, overlooking Central Park. She and her late husband Mike Nichols once owned a handsome French-style stone house in the New York Palisades and overlooking the Hudson River. The home, which was recently valued at more than $4.6 million, sits on almost two acres of land and is surrounded by lush greenery and walking paths, as well as a swimming pool and guest cottage, which like the main house is constructed from stone. The main house boasts over 3,000 square feet of living space with room for three bedrooms and three and a half baths among other amenities in the secluded old-fashioned home. She has also been linked with a property located in Tisbury, MA, on the island of Martha's Vineyard. It's not known how much she paid for the property when she bought it off of novelist Leslie Glass, but Glass is reported to have paid $500,000 (a bargain nowadays for a Martha's Vineyard property) back in 1989. 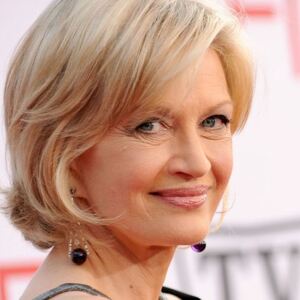