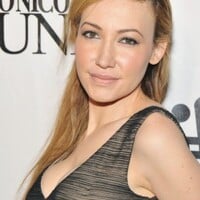 Devorah Rose net worth:  Devorah Rose is an American reality star and socialite who has a net worth of $2.5 million dollars. Born in Plano, Texas, Devorah Rose, also known as Deborah Denise Trachtenberg, moved to Caracas, Venezuela, as an infant, and then moved to the East Coast of the United States just before starting kindergarten. She learned English while in school in Newton, Massachusetts, and went on to major in English Literature at Barnard College. After graduating from Barnard, she attended Columbia University, where she pursued an MFA in Literature, and subsequently became the editor-in-chief of Social Life magazine. Since then, she has appeared on various reality series, such as, "The Real Housewives of New York", "Fashionista Diaries", and the short-lived CW series "High Society", which ran for eight episodes in 2010 and was about a group of East Coast socialites. She is both admired and hated for her social-climbing tendencies, and has come under fire from members of the elite in the Hamptons over the course of the last two years, due to her many public appearances and reality show deals.