How much is Desmond Child Worth?

Desmond Child was born John Charles Barrett on October 28, 1953 in Gainesville, Florida and raised in Miami and Ponce, Puerto Rico where his Cuban songwriter mother, Elena Casals, taught him to play the piano at an early age. In high school, Child formed his first band. It was an acoustic collaboration with a high school friend. Child went on to attend Miami-Dade College. It was in Miami, that he formed the group 'Desmond Child and Rouge' in 1973. Child's experience as a recording artist would soon play a role in his songwriting future.

His songs caught the ear of KISS guitarist Paul Stanley, who asked Desmond to co-write a track for the band's 1979 Dynasty album. The result was "I Was Made for Loving You", which is still one of the biggest hits in the KISS catalogue. Child has reigned as one of music's most successful creative forces in the music industry for three decades.

Thong Song Royalties: In a documentary about the making of Sisqo's 1999 hit "Thong Song", it was revealed that Sisqo didn't get permission to use the line "livin la vida loca" before releasing the track. As a result, the majority of the song's publishing income go to Desmond instead of Sisqo. 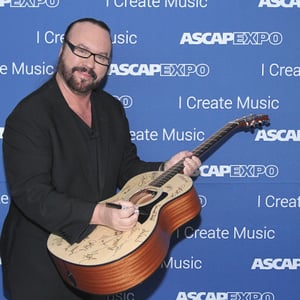