Derren Brown is a British illusionist, mentalist, painter, writer and skeptic who has a net worth of $7.5 million. Derren Brown has earned his net worth from his appearances on British television series Trick of the Mind and Trick or Treat. He has also appeared on several television specials and stage productions. Brown started his own series in 2000 called Derren Brown: Mind Control, since then he has become well-known for his "mind-reading" act. Brown is the author of many books for magicians as the general public. Some of his books include; Absolute Magic, Pure Effect, Tricks of the Mind, and Confessions of a Conjuror. He was born on February 27, 1971 in Purley, South London, England. He attended Whitgift School and the University of Bristol where he studied Law and German. His father Bob was a swimming coach at the Whitgift School, during his college days he attended a hypnosis show by Martin S Taylor, which sparked his interest in to make to illusion and hypnosis his career. Derren got his start as a conjuror, performing the traditional skills of close-up magic in neighborhood bars and local restaurants. He started performing stage hypnosis in 1992, under the stage name Darren V. Brown at the University of Bristol. His caricature artwork has been displayed at gallery exhibitions and is also available in a single volume documenting his portrait collection. Recently he started a new series he describes as "ambitious sociological experiment, in which the unwitting subject is a single person, a crowd, or even an entire town". The first episode of Derren Brown: The Experiments aired on October 21, 2011. The Derren Brown: Miracles for Sale feature length program 25 April 2011 on Channel 4, the program is about the controversial practice of faith healing. Brown announced that he was gay during an interview with the Independent in 2007, and in another interview with Radio Times in 2011 Brown stated he is blissfully happy in a relationship. 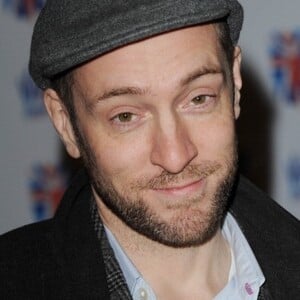