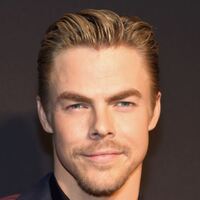 What is Derek Hough's net worth and salary?

Derek Hough is a professional dancer, choreographer, singer, and actor. Derek Hough has a net worth of $8 million. From 2007 to 2016, he participated on the ABC dance competition series "Dancing with the Stars," winning six times and earning nine Emmy Award nominations for Outstanding Choreography. As an actor, Hough performed in the West End premiere of "Footloose: The Musical," and had a recurring role on the ABC musical drama "Nashville."

Derek Hough was born in 1985 in Salt Lake City, Utah as the fourth of five children in a Latter-day Saint family. His parents are Marianne and Bruce, while his sisters are Sharee, Marabeth, Katherine, and Julianne. All of Hough's grandparents were dancers. At the age of 12, when his parents were in the midst of divorcing, Hough was sent to London to live and study with dance coaches Shirley and Corky Ballas. He remained in London for ten years, receiving training in song, dance, theater, and gymnastics at the Italia Conti Academy of Theatre Arts. With his sister Julianne and the Ballas' son Mark, Hough formed the pop music trio 2B1G, and went on to perform at dance competitions across the UK and US.

In 2002, Hough won the WDSF World Latin Championship. The next year, at the Blackpool Dance Festival, he claimed the Blackpool U-21 Latin title with Aneta Piotrowska.

"Dancing with the Stars"

Hough made his debut appearance on "Dancing with the Stars" during its fourth season in 2007. He came on in week six as a guest instructor alongside his sister Julianne and professional speed skater Apolo Anton Ohno. The next season, Hough joined the cast of professional instructors, and was paired with actress Jennie Garth, with whom he finished in fourth place. For season six, Hough was partnered with actress Shannon Elizabeth; they finished in sixth place. Greater success came the next season, when Hough was paired with model and television host Brooke Burke. Although Hough had a brief scare when he hit his head on the floor and momentarily blacked out, he and Burke ended up winning the season. For the subsequent two seasons, Hough was paired with rapper Lil' Kim and model Joanna Krupa, finishing in fifth and fourth place, respectively.

Partnered with singer Nicole Scherzinger for season ten, Hough scored his second "Dancing with the Stars" win. He won a third time the next season with partner Jennifer Grey. After falling just short of further wins during the following seasons, Hough returned to victory in season 17 with "Glee" star Amber Riley. A historic sixth and final win for Hough came in season 21, when he was paired with wildlife conservationist Bindi Irwin. For his last season in 2016, Hough and his partner Marilu Henner finished in sixth place. Overall, for his work on "Dancing with the Stars," Hough received nine Emmy Award nominations for Outstanding Choreography, winning twice. In 2020, it was announced that he would serve as a judge on the show, replacing Len Goodman.

For the 2014 Winter Olympics in Sochi, Hough worked with American ice dancers Meryl Davis and Charlie White for their short dance program routine. The pair went on to win the gold medal in the event, making them the first Americans to claim the title. 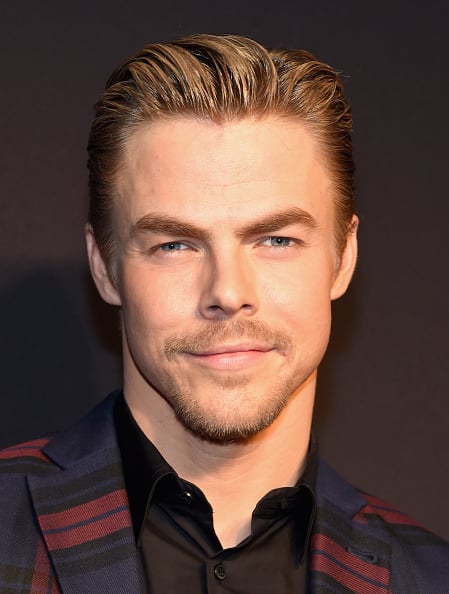 In May of 2014, Hough and his sister Julianne embarked on a sold-out summer tour called Move Live on Tour, which involved singing and dancing. Spanning 40 cities across the US and Canada, it began in Park City, Kansas and concluded in Los Angeles, California. Due to its success, the Houghs reprised the tour in 2015. Later, they began holding free fitness pop-up events throughout LA.

On stage, Hough played the leading role in "Jesus Christ Superstar" and danced in the company in "Chitty Chitty Bang Bang." In 2006, he starred as Ren in the West End premiere of "Footloose: The Musical," a role he continued on the UK national tour. Four years later, Hough made his Broadway debut in the final four performances of "Burn the Floor," starring alongside Mary Murphy and Kym Johnson. Among his other stage credits, Hough appeared in the New York Spring Spectacular at Radio City Music Hall in 2015.

On film, Hough made cameo appearances in 2001's "Harry Potter and the Sorcerer's Stone" and 2012's "Rock of Ages." In 2014, he had his first starring role in the South Korean-American dance film "Make Your Move." Meanwhile, on television, Hough played a dance instructor in an episode of ABC's "Better with You." From 2014 to 2016, he had a recurring role as Noah West on the musical drama series "Nashville." Hough also guest-starred on "Jane the Virgin," was in the NBC live musical "Hairspray Live!," and had a recurring role on the second season of "High School Musical: The Musical: The Series." Additionally, from 2017 to 2020, he served as a judge on NBC's dance competition show "World of Dance."

Hough has worked on music videos in a wide range of capacities. In 2008, he made a cameo appearance in the video for his sister's single "That Song in My Head." The next year, he was the principal male in the video for Kate Voegele's "99 Times." Hough was also the main dancer in the videos for Cheryl's "Parachute" and Kellie Pickler's "Someone Somewhere Tonight." He also directed the videos for Mark Ballas' "Get My Name" and his own single, "Hold On." Hough's choreography credits, meanwhile, include Michael Bublé's "I Believe in You" and Lindsey Stirling's "The Arena" and "Between Twilight."

Since 2015, Hough has been in a relationship with former "Dancing with the Stars" cast-mate Hayley Erbert. Together, they live in Los Angeles.