What is Deepak Chopra's Net Worth and Salary?

Deepak Chopra is an Indian-American doctor, author, holistic health/New Age guru, and alternative medicine practitioner. Deepak Chopra has a net worth of $150 million. He is best known for his contributions to the so-called "New Age" movement. He is a leading figure in alternative medicine. After studying medicine in India, Chopra continued his studies in the United States. He then emerged as one of the key figures in the Transcendental Meditation movement.

After establishing the Maharishi Ayurveda Health Center, Deepak gained widespread exposure after appearing on "The Oprah Winfrey Show." Among other things, Chopra believes that the body may never feel pain, age, or die if "perfect health" is achieved. He believes that the body is composed of energy, and that energy can be changed regardless of your age by altering your state of mind.

Because of the "far out" nature of Deepak's beliefs, he has been widely criticized by mainstream medical and scientific professionals. These figures often dismiss Chopra's teachings as "pseudoscience," and they argue that Chopra might actually be doing more harm than good. Research has shown that Chopra's treatments tend to generate a placebo response, raising concerns that he is giving sick people the wrong idea – especially those suffering from serious aiments like cancer.

Deepak Chopra was born on October 22nd of 1946 in New Delhi, British India. Deepak's grandfather served as a sergeant in the British Indian Army, while his father became a well-known cardiologist after also serving in the British army. Raised alongside a younger brother (who also went into medicine), Deepak attended the All India Institute of Medical Sciences in 1969. After working for several months as a doctor in rural India, he became interested in endocrinology and neuroendocrinology – especially in relation to human thoughts and emotions.

After getting married in 1970, Deepak emigrated to the United States in order to practice medicine there. After a clinical internship in New Jersey, he completed residencies in Massachusetts and Boston. Deepak eventually earned his license to practice medicine in 1973, becoming certified as an endocrinology specialist. Chopra then spent the next few years on the East Coast, mostly teaching at Boston University and Harvard.

After establishing a private endocrinology clinic in Boston, Chopra returned to New Delhi and met Brihaspati Dev Triguna, the head of the Indian Council for Ayurvedic Medicine. He immediately became fascinated by Ayurvedic practices, and this inspired him to clean up his unhealthy lifestyle. During this period, Chopra also started to delve into Transcendental Meditation. Eventually, he became disillusioned with mainstream medicine and decided to abandon it altogether.

Chopra then became the founding president of the American Association of Ayurvedic Medicine and an Ayurvedic Health Center in Massachusetts. During this period, Deepak was charging patients thousands of dollars for enemas, massages, and oil baths. He also taught people how to meditate for $1,000. Generally speaking, charging money for meditation lessons is frowned upon by traditional practitioners.

In 1993, Deepak relocated to California establishing another exclusive resort/clinic in Del Mar. This clinic charged patients $4,000 per week for various services. At this point, he abandoned his position in the Transcendental Meditation movement. Rumors of conflicts with other leaders in the movement emerged. Also in 1993, Chopra published a book entitled "Ageless Body, Timeless Mind: The Quantum Alternative to Growing Old." The book was a massive financial success. 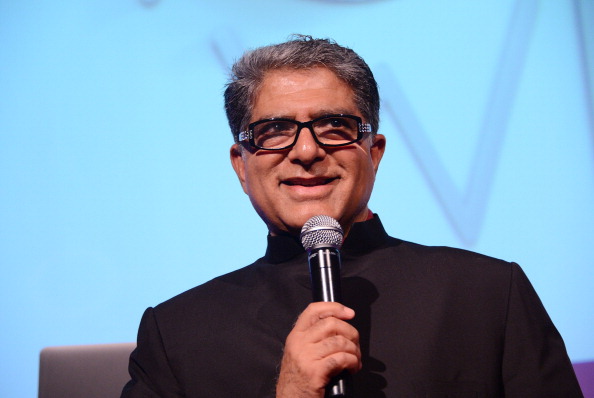 The Business of Alternative Medicine

In a 2013 book by a well-known skeptic named Paul Offit, it was reported Chopra's various business enterprises regularly gross over $20 million each year. This business involves selling items such as herbal supplements, books, videos, courses, and even massage oil. Those who become completely convinced by Chopra's teachings may find themselves spending $10,000 every year in order to defy the aging process with his methods.

Chopra also earns a considerable income through lectures. It is estimated that during busy years, Deepak gives about five or six lectures per month. For each of these lectures, he charges anywhere from $25,000 to $30,000. Some of these lectures are given to the public, while others take place at respected medical events. This includes the "Update in Internal Medicine," which is organized by Harvard and the Beth Israel Deaconess Medical Center. Many observers have pointed out the hypocrisy of charging tens of thousands of dollars per lecture while simultaneously preaching about the dangers of materialism.

Deepak and his wife Rita have two children together. The family currently lives in Manhattan.

In 1991, the "Journal of the American Medical Association" drew ire when it published an article authored by Chopra and his colleagues on the subject of Ayurvedic medicine. It was later revealed that Chopra had financial interests connected with the article, and the actual scientific value of the article was later criticized. As a result, JAMA was sued for $194 million in a defamation lawsuit – although the case was later dismissed.

In 2016, Deepak picked up a $14.5-million condo in the famous Delos building on East 11th Street, Greenwich Village. The Manhattan building has a reputation for being "health-centric" with a focus on so-called "wellness real estate." There are only five units in the building, and each one offers features like acoustic dampening floors, antimicrobial-coated surfaces, and EMF shielding to protect residents from harmful radiation. These are just a few examples of health-conscious amenities offered by the building. Other residents of the Delos building include Leonardo DiCaprio. Also in 2016, Chopra sold his $3.5-million apartment on the West Side of Manhattan. 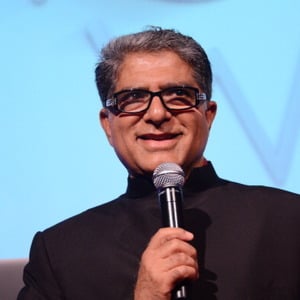