How much is Debbie Rowe Worth?

Debbie Rowe Net Worth: Debbie Rowe is an American nurse who has a net worth of $25 million dollars. Born December 6, 1958 in Spokane, Washington, Debbie Rowe is known for her marriage to pop star Michael Jackson, with whom she had two children. Rowe met the late Michael Jackson while working as a nurse in Dr. Arnold Klein's dermatology office, where Jackson was being treated for vitiligo. She recalled that after Jackson's divorce from Lisa Marie Presley in 1996, he was upset at the possibility that he might never become a father. Rowe, a longtime Jackson fan, proposed to bear his children. It was announced in 1996 that Rowe was pregnant , and the two were later married on November 14, 1996 in Sydney, Australia. It was Rowe's second marriage. Three months after Rowe and Jackson's marriage she gave birth to a son, Michael Joseph Jackson, Jr. (born February 13, 1997), who was subsequently known as Prince. The next year Rowe gave birth to a daughter, Paris-Michael Katherine Jackson. (born April 3, 1998). Jackson took full responsibility for raising the children. The couple divorced on October 8, 1999, with Rowe giving full custody rights of the children to Jackson. Rowe received an $8 million settlement and a house in Beverly Hills, California. Court documents indicated she had signed a prenuptial agreement and therefore could not obtain an equal division of community property under California law. In 2001, Rowe went to a private judge to have her parental rights for the two children terminated, but in 2004, after Jackson was charged with 10 counts of child abuse, she went to court to have the decision reversed. Following Jackson's death on June 25, 2009, Rowe reached a settlement with Katherine Jackson, the children's guardian, under which she was granted rights to supervised visitations. 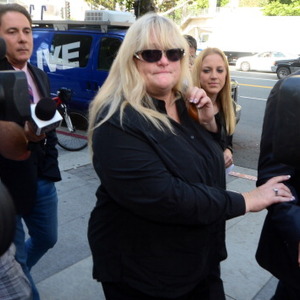