David Williams net worth: David Williams is an American professional poker player who has a net worth of $8 million dollars. David Williams was born in Arlington, Texas in June 1980. He studied at Princeton University and Southern Methodist University. He won a buy in to the 2004 World Series of Poker through an online poker site.

Williams ended up finishing second in the event to Greg Raymer and collected $3.5 million. Soon after he finished second at the Borgata Open World Poker Tour, bringing his yearly winnings to over $4 million. As of 2010 Williams had nearly $8 million in live tournament winnings with half of that coming from the WSOP and most of the rest from the WPT. In 2006 he won a WSOP Bracelet in the $1,500 Seven-card stud event. He won the 2010 WPT World Championship for over $1.5 million. Online he has been part of Team Bodog and Team PokerStars. He appeared on the game show King of Vegas. He is also an established Magic: The Gathering player. He had earned more than $30,000 playing the game before he was disqualified for marked cards at the 2001 World Championships. He has his own blog and webisodes that air on RawVegas.tv. 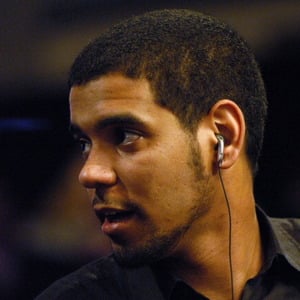