How much is David Tutera Worth?

David Tutera is an American celebrity wedding planner, bridal fashion designer, author, and professional speaker, who has a net worth of $6 million. David Tutera has earned his net worth as the host of My Fair Wedding with David Tutera which airs on WE TV; he is also the author of four books. He has his own exclusive line of luxury wedding gowns called David Tutera By Faviana. These famous gowns are inspired by celebrity red carpet fashions, Life & Style Magazine awarded him "Best Celebrity Wedding Planner". David was born in Port Chester, New York on April 23, 1966; at 19 he opened his first events planning business. Tutera was named one of the Top 25 Trendsetters of The Year by Modern Bride Magazine. His long list of celebrity clients include; the wedding of Star Jones, NY Giants Antonio Pierce's wedding, events for the Official Post Grammy Parties, Elton John, Jennifer Lopez, Susan Lucci and film premieres and celebrity parties for royalty, politicians and socialites. In addition he has also designed events for some major charities such as; the Prevent Cancer Foundation, the Alzheimer's Association, Design Industries Foundation Fighting Aids commonly known as the DIFFA and The Nature Conservancy. He can be hired as a professional speaker, Tutera lectures about weddings, lifestyle and design. David's family runs a funeral home, he has been married to his long term partner Ryan Jurica since 2003, and he currently resides in both New York and Los Angeles. Italian Ferrero company Mon Cheri has teamed up with David to present wedding dress collection "David Tutera for Mon Cheri". He will also create a line of wedding accessories called Down the Aisle in Style™, for Jo-Ann Fabric and Craft Stores. Tutera is a regular columnist for Bridal Guide magazine. 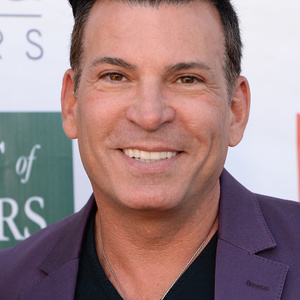