David Gest net worth: David Gest was an American producer and television personality who had a net worth of $20 million. Born May 11, 1953 in Los Angeles, California, he is perhaps most infamously known for his short and tumultuous marriage and divorce from Liza Minnelli (daughter of the late actress and singer Judy Garland of The Wizard of Oz fame).

The couple married in 2002 and separated less than a year later. In October of the following year Gest sued Minnelli for $10 million dollars, claiming she had been violent and physically abusive to him during their short-lived marriage. Minnelli denied the allegations and cited that Gest was just after her money and the suit was dropped in 2006. That same year, Gest appeared on the reality show I'm a Celebrity, Get Me Out of Here! and finished 4th place. Gest has admitted to having plastic surgery and, in fact, used a surgeon previously used by Michael Jackson. He later admitted that he regretted the operations, but no one could have talked him out of it at the time. Gest toured the UK in January of 2014 with his show David Gest's Legends of Soul Live Concert!, which featured 10 legendary soul acts. The tour was so successful that 30 additional dates were added. Unfortunately, David Gest died on April 12, 2016 at the age of 62. 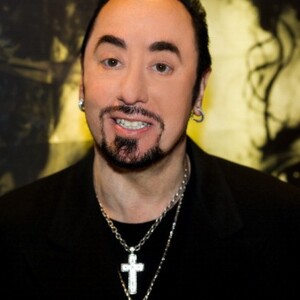