David Blaine net worth and salary: David Blaine is an American illusionist and endurance artist who has a net worth of $40 million. David Blaine rose to prominence employing the good old Harry Houdini's standard, which is performing an incredible stunt and notifying the press beforehand. Soon Blaine became a much-talked-about magician, thanks to his magic style, uptown-casual clothes, as well as for his friendships with celebs like A-listed actor Leonardo DiCaprio.

Early Life: David Blaine White was born on April 4, 1973 in Brooklyn, New York. The son of Patrice Maureen White, a teacher, and William Perez, a Vietnam War veteran, Blaine was four years old when he first witnessed a magician performing magic on the subway. This sight sparked a life-long interest in magic for him. His father was never in the picture, and when he was 10 his mother married John Bukalo, and the family moved to Little Falls, New Jersey where Blaine attended Passaic Valley Regional High School. He moved to Manhattan shortly after he graduated. Blaine's first TV special, "David Blaine: Street Magic" aired on ABC on May 19, 1997. He spent the next two years traveling across the country entertaining unsuspecting pedestrians in cities like Dallas, New York, and San Francisco, recorded by a small crew with handheld cameras.

Famous Live Stunts: He gained notoriety in 1999 with his "Buried Alive" stunt, when he was entombed in a plastic box underneath a 3-ton water-filled tank for seven days in New York City, across from Trump Place. During the stunt, he did not eat and he subsisted off of only 2-3 tablespoons of water per day. An estimated 75,000 people visited the site when he was underground, including Harry Houdini's niece Marie Blood. On the final day of the stunt, hundreds of news and media teams were stationed at the site for the coffin-opening. A team of construction workers removed the gravel surrounding the 6-foot deep coffin before a crane lifted the water tank out. Blaine emerged and the BBC News stated that the 26-year-old magician had outdone his hero, Harry Houdini, who planned a similar stunt but had died in 1926 before he could perform it.

The following year, Blaine attempted but failed to stand in a large block of ice located in Times Square for 72 hours. It was covered on a TV special, "Frozen in Time." He was lightly dressed and shivered even before the blocks of ice were placed around him. A tube supplied him with air and water and he was encased in the box of ice for 63 hours, 52 minutes, and 15 seconds before he was removed with chainsaws. He was immediately taken to a hospital due to fears he might be going into shock. It took him a full month to recover.

In May 2002, Blaine performed another stunt, "Vertigo." He was lifted via crane onto a 100 feet high pillar in Bryant Park, New York City. He was not harnessed to the pillar, although he did have two handles on either side of him to grasp in the event of harsh weather. He stood on the pillar for 35 hours. He suffered a mild concussion when he jumped down onto a landing platform made of cardboard boxes. He reported suffering severe hallucinations in the final hours of this stunt.

In 2003, Blaine performed another endurance stunt, "Above the Below",  in which he was sealed into a transparent Plexiglas case and was suspended in the air next to Potters Fields Park near Tower Bridge on the south bank of the River Thames in London. The box measured 7 x 3 feet and was barely big enough for him to stand up or lie down in. In true British fashion, Blaine was taunted mercilessly by observers, with spectators throwing eggs, golf balls, and other objects at the box. As a taunt, a cheeseburger was flown up to the box by a remote-controlled helicopter. Blaine emerged from the box 44 days later, gaunt and 60 pounds lighter, exhibiting signs of starvation and was immediately hospitalized. 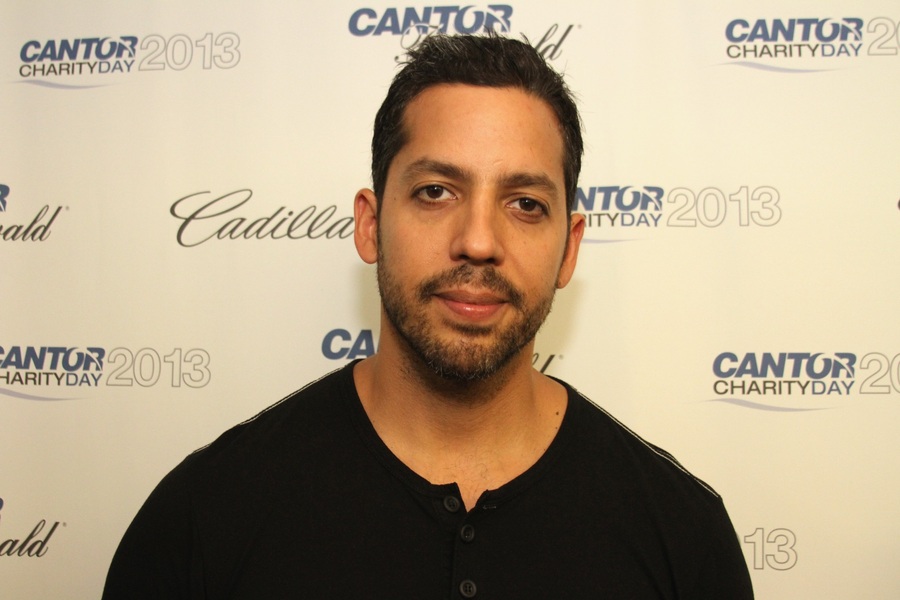 Blaine's next stunt was Drowned Alive on May 1, 2006, for which he was submerged handcuffed into an 8 feet water-filled sphere for seven days. After this stunt, Blaine was monitored by researchers at Yale to study the human physiological reaction to prolonged submersion. In 2012, Blaine performed a 72-hour endurance stunt called Electrified: One Million Volts Always On in NYC. Streamed live on YouTube, Blaine stood on a pillar surrounded by seven Tesla coils producing an electric surge of one million volts.

Specials: In November 2013, Blaine starred in a 90 minute ABC special titled "David Blaine: Real or Magic." The special was directed by Matthew Akers and featured Blaine performing magic for celebrities and public figures.

"Beyond Magic", a 42-minute special aired on ABC in November 2016, also involved Blaine performing magic for various public figures. Featured in this special is a magic trick where Blaine seems to catch a .22 caliber bullet in a small metal cup in his mouth.  On April 1, 2020, Blaine starred in another ABC special, "David Blaine: The Magic Way." It consisted of various close-up magic acts, card tricks through video chat (due to COVID-19), and special performances by his daughter.

Blaine has performed for US Presidents Bill Clinton, George W. Bush, and Barack Obama in the Oval Office.

Personal Life: Blaine was engaged to French model Alizee Guinochet from 2009 until they separated in 2014. They have a daughter together, Dessa, born in 2011.

Blane has been investigated and accused of sexual assault three times.

Real Estate: In 1998 David bought a 1,000 square-foot apartment in New York City for an undisclosed amount. He listed the apartment for sale in 2016 for $2.3 million. In 2005 he paid $1.675 million for a duplex apartment in NYC's Tribeca neighborhood. From what we can tell he still owns both apartments. 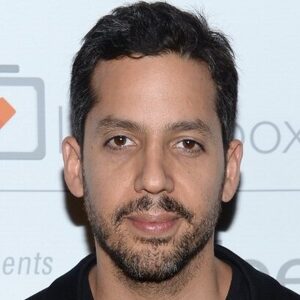