David Benyamine Net Worth: David Benyamine is a French professional poker player who has a net worth of $5 million. David Benyamine was born July 5, 1972 in Paris, France. David Benyamine is widely known as one of the best high stakes poker players in the world. Benyamine was a professional tennis player in his early career but had to retire because of shoulder pain. He is also a former top ten billiards player in France. He learned poker at the age of 12. His real breakthrough came in 2003 when he won a World Poker Tour event in Paris, which put him on the map as a top professional. Despite his success in tournaments, Benyamine is much more successful at playing in cash games. His tournament wins have been impressive, but nothing compared to what he has achieved playing in cash games. He is in fact so famous for these games that the press actually reports on the games and the highlights are often reported on by a number of poker-related websites as well. David Benyamine is believed to have been involved in the highest stake game ever played. Though it would seem that his reputation alone would discourage people from playing him in high stakes cash games, in reality the opposite has been true. Many players relish the opportunity to play David Benyamine in a high stakes game. In 2004, his career suffered a setback when he was arrested due to an error caused by the fact that he had a similar name to that of a wanted terrorist and Benyamine spent five days in jail in the United States while the matter was resolved. While authorities were able to establish that he wasn't the terror suspect, they discovered that he was in the U.S. on the wrong kind of visa, which resulted in deportation and he was banned from entering the country for a year. 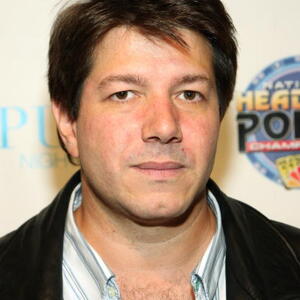