In 1952, he joined BBC Television at Alexandra Palace and in 1954 began his popular Zoo Quest series. In 1965, Attenborough was promoted to Controller of BBC2 and as such was responsible for the introduction of color television to Britain as well as bringing in Monty Python's Flying Circus in 1969. He was later appointed Director of Programmes until he left in 1973 to return to program making, citing his dislike of being behind a desk. In 1997, entering into his seventies, Attenborough was not slowing down. He completed the epic 10-part series for the BBC, The Life of Birds (1998), along with writing and presenting the three-part series State of the Planet (2000) and The Life of Mammals (2002). Attenborough received honorary degrees from many universities across the world and is a patron and/or supporter of many charitable organizations. His services to television were recognized in 1985 when he was knighted and became Sir David Attenborough. 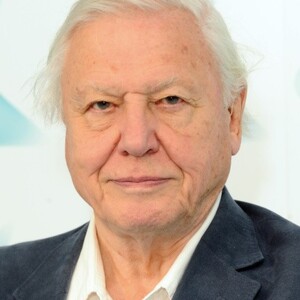