Dave Koz net worth: Dave Koz is an American jazz saxophonist who has a net worth of $6 million. Dave Koz has earned his net worth as a member of Bobby Caldwell's tour, during the 1980's and he was also a session musician in several bands, toured with Jeff Lorber. Koz was also a member of Richard Marx's band and toured with Marx throughout the late 1980s. He appeared on the CBS short-lived series The Pat Sajak Show, as a member of the house band with bandleader Tom Scott. Koz was born on March 27, 1963 in Encino, California he performed on saxophone as a member of the jazz band at William Howard Taft High School in Woodland Hills, California. He graduated with a degree in mass communications in 1986 from UCLA. Koz started his solo career in 1990 and began recording for Capitol Records. Three of his albums released include Lucky Man, The Dance, and Saxophonic. Saxophonic was nominated for both a NAACP Image Award and a Grammy Award. In 1994, Koz began hosting his own syndicated radio show Personal Notes which later was renamed The Dave Koz Show. This radio show featured the latest music and interviews with who's who in the genre. In addition he co-hosted The Dave Koz Morning Show With Pat Prescott. This morning show aired on the smooth jazz station in Los Angeles known as 94.7 The Wave. Koz co-hosted that show for six years and after leaving in January 2007 he was replaced by Brian McKnight. Along with Frank Cody and Hyman Katz, he started the record label known as Rendezvous Entertainment in 2002. Koz was honored with a star on the Hollywood Walk of Fame received on September 22, 2009. On the October 2010 season episode of Desperate Housewives, Let Me Entertain You Koz performed "Start All Over Again" alongside singer Dana Glover. 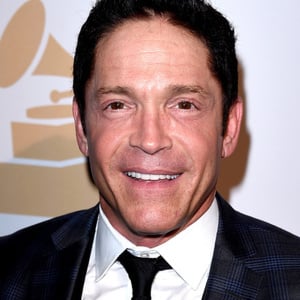