Dave England net worth: Dave England is a daredevil jackass who has a net worth of $2.5 million. England has gotten a lot more money doing stupid stuff than most people dream of. In addition to his net worth, he's achieved fame as part of the Jackass series, which extends from the world of TV into the big screen.

He's also found a measure of success in the world of snowboarding. Even by the standards of Jackass, England has done some particularly disgusting things. He is often the first member of the Jackass crew to be called when a stunt involving defecation is required, billing himself only semi-jokingly as "The World's First Professional Sh*tter. One particular revolting (yet mercifully devoid of fecal matter) stunt from England can be seen in the Jackass TV series: He consumes a large amount of raw ingredients traditionally used in the preparation of omelets. Then he drinks a liquefied mixture of raw eggs, forcing himself to become sick and throw up. He then cooks his own vomit into an omelet, and eats it! If this doesn't make a person deserving of stardom, what does? As a professional snowboarder, England can be seen in the Tom Green film Shred, and is the founder of the snowboarding magazine Skintight. 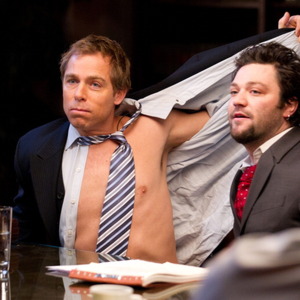