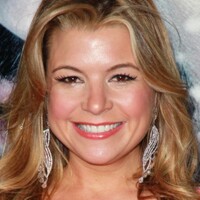 Dana Wilkey net worth: Dana Wilkey is a businesswoman and socialite who has a net worth of $6 million. Dana Wilkey, appeared on the Bravo reality show The Real Housewives of Beverly Hills as a friend of Taylor Armstrong and made waves with viewers when she outwardly flaunted her wealth. Wilkey is the founder of the Adwil Agency, a company that does product placement for the entertainment industry. Dana's firm also plans and organizes lavish parties around the Los Angeles area for celebrities, events and businesses . She notoriously was responsible for putting on an elaborate $60,000 tea party for a 4 year old. Wilkey is a native of the east coast but moved to Los Angeles in order to attend USC. She has one child from a former marriage and is the soon to be step-mother to her fiancé, John Flynn's, two children. Dana's best friend is current Real Housewives of Beverly Hills castmember Taylor Armstrong. She has been driven to be a self-made entrepreneur and woman ever since her mom died from a car accident. Dana is an avid collector of Barbie Dolls, she loves traveling, hiking and being a mom. Recently Wilkey was arrested and charged with fraud. According to an FBI press release she and her associates oversaw a scheme by which approximately 87 checks totaling approximately $360,000 in illegal and undisclosed kickbacks related to Wilkey's business and that of her associates.