Criss Angel Net Worth: Criss Angel is an American illusionist, magician, and musician who has a net worth of $50 million dollars. He starred in and created the A&E network show "Criss Angel Mindfreak" (2005–2010) and Spike TV's "Criss Angel BeLIEve" (2013). Angel collaborated with Cirque du Soleil to create the stage show "Criss Angel Believe" (2008–2016) at the Luxor casino, which sold more than $5 million worth of advance tickets. He starred in "Mindfreak LIVE!" at Luxor from May 2016 to October 2018, then began a residency, "Criss Angel MINDFREAK," at the Planet Hollywood Resort & Casino's Criss Angel Theater in December 2018. Criss has made numerous appearances on various television shows including "CSI:NY," "The Oprah Winfrey Show," "The Late Late Show with Craig Ferguson," "WWE RAW," "The Ellen DeGeneres Show," "The Megan Mullally Show," and "Larry King Live." He is also the author of the 2007 book "Mindfreak: Secret Revelations," and he released four studio albums as the lead vocalist of the band Angeldust. In 2010, the International Magicians Society named Angel Magician of the Century.

Early Life: Criss Angel was born Christopher Nicholas Sarantakos on December 19, 1967, in Hempstead, on Long Island, New York. He grew up in Elmont and East Meadow with mother Dimitra, father John (the owner of a restaurant and doughnut shop), and brothers Costa and J.D. After his aunt, Stella, taught him a card trick, 7-year-old Criss became interested in magic, and five years later, he performed his first magic show. As a teenager, he began performing at local restaurants and made his mother float in the Sarantakos family den, which was his first big illusion. Though his parents wanted him to attend college, Criss instead decided to pursue a career in magic after graduating from East Meadow High School and started touring with other performers.

Magic Career: Criss made his television debut on a 1994 ABC special called "Secrets," and the following year, horror writer/director Clive Barker recruited him for his film "Lord of Illusions." He later appeared in the TV movies "The Science of Magic" (1997) and "The Science of Magic II" (2003) and starred in the show "Criss Angel Mindfreak," which was performed over 600 times at NYC's World Underground Theater from 2001 to 2003. Around this time, Angel had his own special on ABC Family, "Criss Angel Mindfreak: Postmodern illusionist" (2002), and appeared on the SciFi Channel special "Supernatural" (2003) and the TBS special "Made in Japan" (2003). In 2005, "Criss Angel Mindfreak," was turned into a television show on A&E. According to Angel's official website, "Mindfreak," which ran for 85 episodes, "is the most successful magic show in television history, resulting in more hours of magic during primetime than any other magic show ever."

In 2007, Criss served as a judge on the NBC competition series "Phenomenon" alongside Uri Geller and performed on the MTV Video Music Awards during a musical performance by Britney Spears. In 2011, Angel appeared in a commercial for Orville Redenbacher's Pop Up Bowl, and in 2013, he starred in "Criss Angel BeLIEve" on Spike TV. He launched the touring productions "Mindfreak LIVE!" in 2014, "The Supernaturalists" (an ensemble show featuring nine magicians) in 2015, and "Criss Angel RAW – The Mindfreak Unplugged" in 2018. In May 2019, Celebrity Radio named "Criss Angel MINDFREAK" "The #1 Show in Las Vegas." In 2020, the Coronavirus pandemic resulted in Criss canceling several "Criss Angel MINDFREAK" performances and postponing his "Criss Angel RAW" tour dates. 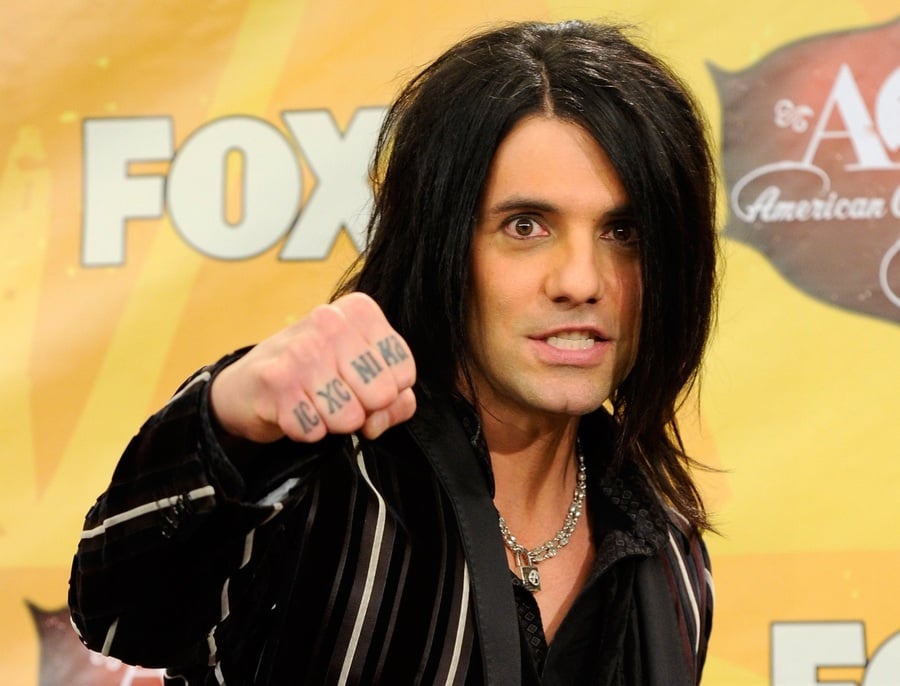 Other Projects: In 1989, Angel was the frontman of a heavy metal band called Angel and incorporated magic tricks into a music video for their song "Don't You Want My Love." In 1995, he formed the band Angeldust with Klay Scott, and the group released the studio albums "Musical Conjurings From the World of Illusion," "System 1," "System 2," and "System 3." In 2010, Criss teamed up with IdeaVillage for the Criss Angel Magic Collection, which included 250 tricks as well as a children's magic kit and instructions for several Mindfreak Magic Tricks. Since the late 2000s, Angel has been the internet's most-watched magician; as of 2013, his videos had been viewed more than 200 million times. A clip from the "BeLIEve" premiere, "Rip Bodies Apart," garnered 12 million views in its first month.

Personal Life: Criss married JoAnn Winkhart in 2002, and they split up in 2006. Angel went on to date Holly Madison, Hugh Hefner's ex-girlfriend and star of the E! network's "The Girls Next Door," from November 2008 to February 2009. He began a relationship with singer Shaunyl Benson in 2012, and they welcomed sons Johnny and Xristos in 2014 and 2019, respectively. Johnny was diagnosed with leukemia before the age of 2, and though the cancer went into remission, it returned in late 2019. In 2016, Criss changed the name of his nonprofit organization, Believe Anything Is Possible, to the Johnny Crisstopher Children's Charitable Foundation; the organization's mission is to "raise awareness of pediatric cancer and provide funds for research, treatment, and – ultimately – a cure." The Make-A-Wish Foundation honored Angel with a Chris Greicius Celebrity Award in 2007 and named him the most supportive celebrity in 2010.

Awards and Achievements: The International Magician Society named Angel Magician of the Year five times between 2001 and 2008, and they crowned him Magician of the Decade in 2009. He received a Living Legend award from the World Magic Legacy Awards in 2011, and he was named Merlin Magician of the Year in 2001 and 2004. When Criss was inducted into the International Magician Society's Magic Hall of Fame, he was their youngest inductee in history. In 2018, he became the youngest magician to be honored with a Lifetime Achievement Award from the International Brotherhood of Magicians, and he received a star on the Hollywood Walk of Fame in 2017. Angel has set world records by submerging himself underwater for 24 hours, performing the "Metamorphosis" illusion in under a second, and escaping from a straight-jacket in two and a half minutes. He set the Guinness world record for "The most people to disappear in an illusion" in May 2010 when he made 100 audience members vanish during a performance of "Criss Angel: Mindfreak" at Luxor. 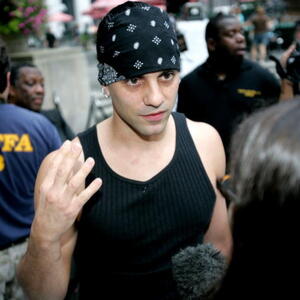