What is Craig Ferguson's net worth and salary?

Craig Ferguson is a Scottish-born American comedian, actor, writer, author, director, producer and voice actor who has a net worth of $30 million. Craig is probably most famous for being the former host of the "Late Late Show with Craig Ferguson" an Emmy Award-nominated, Peabody Award-winning late-night talk show which aired on CBS. At his peak of hosting the "Late Late Show", Craig earned an annual salary of $8.5 million.

Craig Ferguson was born May 17, 1962 in Springburn, Glasgow, Scotland, to Robert and Janet Ferguson. When he was six months old, the family moved to a Development Corporation house in the nearby town of Cumbernauld. He attended Muirfield Primary School and Cumbernauld High School. Ferguson's first visit to the U.S. was at age 13 to visit an uncle who lived on Long Island. He left high school at age 16 for an apprenticeship as an electronics technician at a local factory. In 1983, Ferguson moved to New York City and worked in construction in Harlem, later working as a bouncer at a nightclub before moving back to Scotland.

Ferguson began his entertainment career in the United Kingdom, dabbling in music, comedy, and theatre. He was a drummer for Glasgow punk bands such as Night Creatures and Exposure, as well as Ana Hausen and the Bastards from Hell. That band was later renamed Dreamboys and was fronted by vocalist Peter Capaldi. The group performed regularly around Glasgow in the early '80s. Ferguson credits Capaldi for inspiring him to try his hand at stand up comedy.

Ferguson, after a nerve-wracking first on-stage comedy appearance, decided to create a character that he described as a "parody of all the über-patriotic native folk singers who seemed to infect every public performance in Scotland." He first performed as the character in Glasgow and it became a hit at the 1986 Edinburgh Fringe Festival. After his success at the festival, Ferguson was offered many small roles on TV shows in the United Kingdom. He also found success in musical theater and appeared on stage as Brad Majors in the London West End production of "The Rocky Horror Show" in 1991.

He moved back to the United States, now trying his luck in Los Angeles, in 1994 when his sketch comedy show "The Ferguson Theory" was canceled after a short run in the UK. His first U.S. acting role was as baker Logan McDonough on the short-lived 1995 comedy "Maybe This Time", starring Betty White and Marie Osmond. His big break came when he was cast on "The Drew Carey Show" (1996-2003) as the title character's boss, Mr. Wick. He played the role with an over the top posh English accent and was a wildly popular character during his tenure on the show. He left the show in 2003 but remained a recurring character for the last two seasons of the show, and was part of the two-part series finale in 2004. During the time he was on "The Drew Carey Show", Craig devoted his time to writing and working in his trailer on set in between his own scenes. During this time, he wrote and starred in three independent films: "The Big Tease", "Saving Grace," and "I'll Be There." For his work, Ferguson won Best New Director at the Napa Valley Film Festival.

Ferguson's other acting credits include roles in "The Ugly Truth", "How to Train Your Dragon", "Kick-Ass", "Winnie the Pooh", "Lemony Snicket's A Series of Unfortunate Events," and many others. Ferguson toured the U.S. and Canada doing stand-up comedy shows in the late 2000s, including performances at Carnegie Hall and Radio City Music Hall. He has also performed two stand up specials for Comedy Central that were both released on DVD. His third comedy special, "I'm Here to Help", was released on Netflix in 2013 and got to No. 6 on Billboard top comedy albums. "I'm Here to Help" was nominated for a 2014 Grammy for Best Comedy Album. 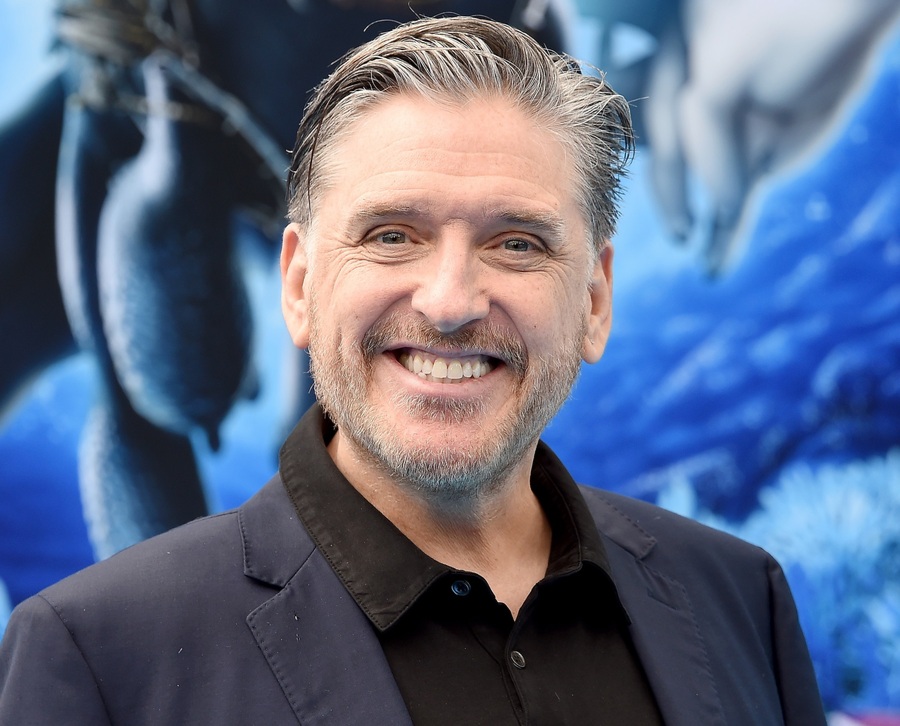 In 2004, Ferguson replaced Craig Kilborn on CBS's "The Late Late Show." His first show as host was on January 3, 2005. The show was unique in that it had no human sidekicks, but a remotely operated robot skeleton named Geoff Peterson. His monologues were conducted extremely close to the camera, unlike his other late-night counterparts. The show was very successful, averaging 2.0 million viewers in its 2007 and beating out "Late Night with Conan O'Brien" for weekly ratings. By 2009, Ferguson also topped Jimmy Fallon in ratings. By 2014, his ratings had faltered and trailed those of "Late Night with Seth Meyers".

In October 2013, Ferguson was announced as the host of the syndicated game show "Celebrity Name Game," produced by Coquette Productions, beginning in late 2014. Ferguson won Daytime Emmy Awards for Outstanding Game Show Host for "Celebrity Name Game" in 2015 and 2016. On December 2, 2016, it was announced that the show would end after three seasons.

On April 28, 2014, Ferguson announced that he was planning to leave "The Late Late Show" at the end of 2014. His final episode aired in December of that year. CBS continued the show with James Corden as the new host. In 2016, Ferguson began hosting a historical talk show on the History channel called "Join or Die with Craig Ferguson." From February 2017 to May 2018, Craig hosted "The Craig Ferguson Show", a two-hour talk radio show that aired on SiriusXM Satellite radio.

Ferguson became an official U.S. citizen in February 2008. He broadcast the taking of his citizenship test as well as his swearing-in ceremony on an episode of "The Late Late Show." After growing bored of Hollywood life, he returned to Scotland in 2019 and resides in Glasgow's leafy West End.

Craig has been married three times. His first marriage was to Anne Hogarth (1983-1986). From his second marriage to Sascha Corwin he had a son, Milo, born 2001. On December 21, 2008, Ferguson married art dealer Megan Wallace-Cunningham. The couple welcomed their son, Liam James, into the world on January 31, 2011.

Ferguson has been a vegan since 2016. He is also a recovering alcoholic who has been sober since 1992. 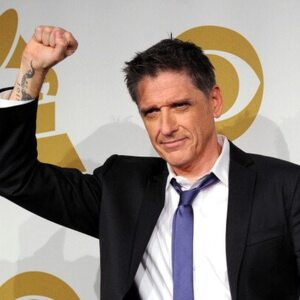