Craig Carton net worth and salary: Craig Carton is an American radio host who has a net worth of -$4 million. Craig Carton earned his net worth by hosting the Boomer and Carton in the Morning radio program. At the peak of his career in radio he could earn as much as $2 million per year. More recently, before his downfall, he was earning around $1 million per year. He was born on January 31, 1969 in New Rochelle, New York. While in his teens he was diagnosed with Tourette syndrome. He graduated from Syracuse University in 1991 where he majored in broadcast journalism. While in school, he worked on the cable television show Views From the Bridge. Carton began his radio career at WGR Radio in Buffalo, New York.  His work in radio moved him around the country, allowing him to leave his mark on shows in Denver, Cleveland, Philadelphia, New York, and New Jersey. He became quite popular while working at 610-WIP in Philadelphia. On this show he became known as "The Kid," and filled in on WIP's Morning Show that included conversations about sports and guy talk. He was the first person to break the news story that the Philadelphia Eagles had been sold to Hollywood producer, Jeffery Lurie. In late 2000, Carton moved to New York City to work on WNEW's Sports Guy morning show. Carton took the show in new directions and even broadcast an on-the-air cockfight and "Pastapalooza." He was broadcasting live the morning of the September 11 attack. Soon after, Carton became known as a "Jersey Guy" on New Jersey 101.5, and his show was the highest rated FM afternoon talk show in America for a full 5 years. Carton also brought high ratings to shows like SPIKE's MMA Uncensored Live, Imus in the Morning, and Boomer and Carton in the Morning. In 2013, Carton released his first book, Loudmouth: Tales (and Fantasies) of Sports, Sex, and Salvation from Behind the Microphone. He also launched the Tic Top Stop Foundation, aimed at wiping out Tourette syndrome.

Arrest: On September 6, 2017, Craig Carton was arrested by the FBI in relation to an alleged $5.6 million ticket scam fraud. Carton allegedly duped investors out of $5.6 million to cover "staggering gambling debts". Court papers showed that Carton had millions of dollars of debt with two casinos plus $825,000 in debt to one individual. Carton allegedly provided fake documents to investors that pitched a fraudulent ticket resale business. 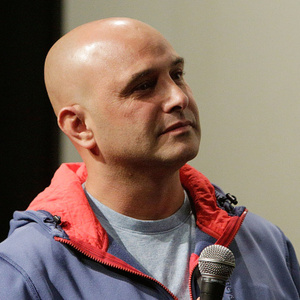