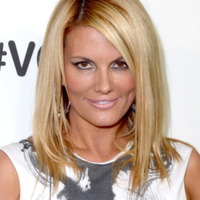 Courtney Hansen net worth: Courtney Hansen is a Minnesota-born actress, model, author, columnist, and television host who has a net worth of $4 million. The daughter of SCCA championship racer, Jerry Hansen, Courtney Hansen developed a love of cars early. She currently hosts various automotive related, or travel shows on Spike TV and Fox Sports Network, and writes an automotive column for FHM magazine. Courtney has hosted seven seasons Spike TV's "Powerblock" which airs ever weekend and features a variety of automobile related programs.

Courtney was married to Los Angeles businessman Ilya Sapritsky for two years but on February 21, 2012 the couple announced their divorce. Courtney released the following statement: "Marriage is extremely sacred to me, and I took honoring those vows very seriously. Unfortunately, it has become necessary for me to move on." So far Ilya has not released a statement most likely because he just lost a girl who looks like this….