Connie Chung net worth and salary: Connie Chung is a Chinese American journalist who has a net worth of $80 million. That is a combined net worth with her husband of many years, Maury Povich. They have been married since 1984 and have three children, two from Povich's first marriage, and one adopted son.

Connie Chung is an American journalist who has worked for the television news networks ABC, CNN, NBC, MSNBC, and CBS. Over her career, she has done numerous famous interviews, including ones with politician Gary Condit and basketball star Magic Johnson. Chung also did a pair of notorious interviews with Newt Gingrich's mother and with a fireman following the Oklahoma City bombing, both of which contributed to her removal as co-anchor of "CBS Evening News."

Chung has also worked for Harvard University as a visiting professor of their Kennedy School of Government.

Early Life and Career Beginnings: Connie Chung was born in 1946 in Washington, DC as the youngest of ten children. Less than a year earlier, her family had emigrated from China, where five of her siblings died during wartime. Her father, William, was a Chinese Nationalist Government intelligence officer during that time. For her education, Chung went to Montgomery Blair High School in Silver Spring, Maryland, and later attended the University of Maryland, College Park, from which she graduated with a BA in journalism in 1969.

In the early 70s during the Watergate scandal, Chung served as a Washington-based correspondent for the "CBS Evening News with Walter Cronkite." Subsequently, she anchored evening newscasts for KNXT, the network's Los Angeles station. She also anchored "CBS Newsbreak" for stations on the West Coast, delivering primetime news updates from Columbia Square in Hollywood.

Career at NBC: After some time away, Chung returned to network news in 1983, this time as anchor of the new NBC program "NBC News at Sunrise." Additionally, she served as anchor of the Saturday edition of "NBC Nightly News," and filled in for Tom Brokaw on weeknights. Alongside broadcast journalist Roger Mudd, Chung also co-hosted the NBC newsmagazines "1986" and "American Almanac."

CBS and Controversies: Chung left NBC for CBS in 1989. For the station, she hosted "Saturday Night with Connie Chung," which was later renamed as "Face to Face with Connie Chung"; the show ran for a year. She also anchored the "CBS Sunday Evening News" in 1993, becoming only the second woman, after Barbara Walters in 1976, to co-anchor the national weekday news broadcast of a major television network. During this anchoring tenure, Chung hosted another project on CBS called "Eye to Eye with Connie Chung." This show sparked a significant deal of controversy in early 1995, after Chung interviewed then-Speaker of the House Newt Gingrich's mother, Kathleen. Chung had asked Kathleen what her son thought of then-First Lady Hillary Clinton; when she didn't answer immediately, Chung invited her to whisper it, saying that it could stay between them. However, because Kathleen's microphone volume was turned up, her reply of "He thinks she's a bitch" was heard by audiences everywhere, resulting in much unwanted publicity and vitriol directed toward Chung and "CBS Evening News."

Even more controversy came for Chung a few months later, when she interviewed a fireman following the Oklahoma City bombing in April of 1995. After the interview, Chung received widespread criticism for what was perceived as sarcasm when she asked, "Can the Oklahoma City Fire Department handle this?" With many people from Oklahoma and beyond finding the question insensitive, thousands of viewers ended up calling in and writing letters criticizing Chung's tone. Both the public outcry and complaints from co-anchor Dan Rather led to Chung being removed from "CBS Evening News." Consequently, she left the network altogether. 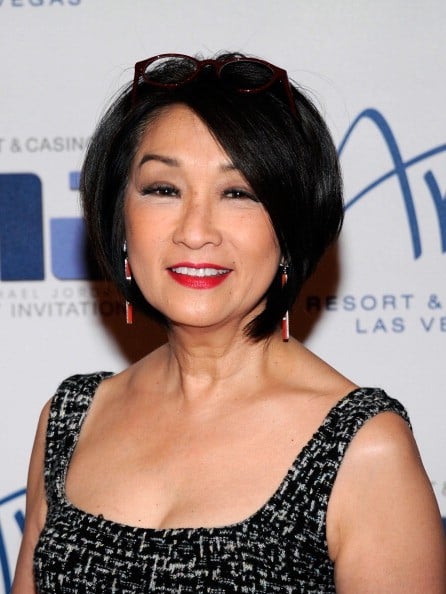 Career at ABC: Chung moved to ABC News in 1997, co-hosting the Monday edition of "20/20" with Charles Gibson. She also served as a guest host on the morning program "Good Morning America," although she declined to proceed on a permanent basis. In 2001 on "Primetime Thursday," Chung conducted what would become a famous interview with US Representative Gary Condit, who had had a relationship with murdered Washington, DC intern Chandra Levy.

Career at CNN: For a brief period, Chung hosted her own show on CNN called "Connie Chung Tonight." Although it performed fairly well with audiences, the show was reviled by critics, and was eventually suspended in 2003 during the commencement of the Iraq War. Chung asked CNN to resume broadcasting the program, but the network canceled it.

MSNBC: In early 2006, Chung and Maury Povich started hosting "Weekends with Maury and Connie." However, the show was canceled within months. On the final episode, Chung received mocking attention for her farewell performance, in which she danced atop a piano while singing an off-key spoof of the song "Thanks for the Memory."

Style of Interview: Chung's interview style was characterized by alternating gentleness and aggressive inquiry. Still, she was considered to be softer than fellow interviewers Mike Wallace and Barbara Walters, making her a go-to person for controversial figures who sought to repair their public images. Among the controversial individuals she interviewed was Claus von Bülow, a lawyer who was convicted of the attempted murder of his wife. Chung was also the first journalist to interview Magic Johnson after he announced his HIV diagnosis.

Personal Life: Since 1984, Chung has been married to talk show host Maury Povich. Upon being betrothed, Chung converted to Judaism; in the time since, she has devoted much time to her faith, keeping a kosher lifestyle and attending synagogue with the family. With Povich, Chung adopted a son, Matthew, in 1995.

Chung took a teaching fellowship at Harvard's John F. Kennedy School of Government in 2006. While at the university, she penned a discussion paper entitled "The Business of Getting 'The Get': Nailing an Exclusive Interview in Prime Time."

Real Estate: In 2009, it was widely reported that Connie and Maury had committed to a real estate purchase in the Kalorama neighborhood of Washington, D.C. They reportedly signed a contract to purchase a $9 million house with 12,500 square feet of living space. Both Povich and his wife allegedly wanted to return to the city where they both grew up, having both lived in New York City for many years.

The property was built in 1929 with brick-style construction. The outdoor area features a pool, koi pond, gazebo, and extensively manicured gardens. There's also a rooftop terrace that offers spectacular views of the city. The couple never publicly revealed how much they paid for the property, although it was probably close to the $9 million listing price.

In addition, Maury and Connie own a ranch in Bigfork, Montana. They reportedly spends many months there every year. 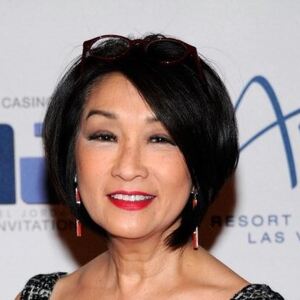