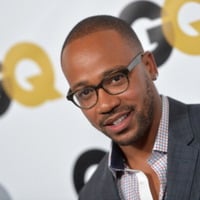 Columbus Short net worth: Columbus Short is an American choreographer, actor, and singer who has a net worth of $2 million. Columbus Short first gained widespread fame from his acting roles in major films Stomp the Yard, Cadillac Records, Armored, and The Losers. He was also the choreographer for Britney Spears's Onyx Hotel Tour, and with Brian Friedman. Columbus was born on September 19, 1982 in Kansas City, Missouri to a musical family, he has two brothers, Columbus moved to LA to begin working in a youth theater at the young age of five. He attended three high schools first Marcos De Niza in Tempe, Arizona, El Segundo High School as well Orange County High School of the Arts. He left school at Orange County to join the tour on Broadway of Stomp. He is married to Tanee McCall-Short and they are expecting their second child. Some of recent films include; Whiteout in 2009, Death at a Funeral in 2010 and in the role of DJ Williams in the Direct-to-video film The Girl Is in Trouble in 2011. He won the 2008 Black Reel Award for Best Ensemble in the film Cadillac Records and the 2009, Image Award for Outstanding Supporting Actor in a Motion Picture: Cadillac Records. His television credits include; ER, Judging Amy, "The Paper War", That's So Raven, Studio 60 on the Sunset Strip and Scandal. In April 2014, Columbus Short was fired from the hit show Scandal after allegations of domestic violence surfaced.