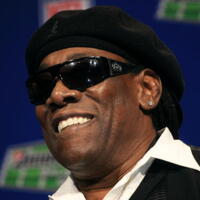 Clarence Clemons net worth: Clarence Clemons was an American musician who had a net worth of $20 million at the time of his death in 2011. But it wasn't his net worth that made him so admired among his many peers in the music industry, and fans. He was most known for his artistic relationship with rock legend Bruce Springsteen, serving as the sax player for Springsteen's E-Street Band for many years, having first met Springsteen in 1971. The story of how they met, perhaps too legendary to be justly recounted here, was immortalized in the song "Tenth Avenue Freeze Out" on Bruce's 1975 album Born to Run. Apart from his work with Bruce Springsteen and company, Clarence Clemons also had a solo career in music. Among the most well known of these solo projects is his duet with country star Jackson Browne, called "You're a Friend of Mine," and his work as a sax player for Aretha Franklin's hit song "Freeway of Love." He also collaborated with musical acts such as The Grateful Dead and Lady GaGa, having shot a music video with the latter mere days before his death of a stroke. He also had something of a second career as an actor, appearing on TV series such as the HBO crime drama The Wire, and more.