How much is Chris Pfaff Worth?

Chris Pfaff net worth: Chris Pfaff is an American clothing designer, music producer and reality television star who has a net worth of $8 million. Chris Pfaff is probably most famous for appearing on a series of MTV television shows. He was born in Akron, Ohio. Surprised by his net worth? You shouldn't be, given Pfaff's big connections to the worlds of music and fashion, all of which were established thanks to his relationship with his cousin, professional skateboarder Rob Dyrdek. That relationship first began in 2005, when Pfaff moved from his home town of Akron, Ohio to Los Angeles, California to be Dyrdek's personal assistant. This position also gained him a spot on Dyrdek's reality series Rob & Big, on which Pfaff often served as the butt of pranks and practical jokes. He's slowly succeeded in escaping from the image of the fool that was cultivated on Rob & Big and is now seen as a respectable music producer, having produced for such artists as Yelawolf, Kelly Rowland, and Lil Twist. He is also the owner and founder of the clothing brand Young & Reckless, which has its fair share of famous fans. Big names like Justin Bieber, 50 Cent, Zac Efron, Kevin Durant, Vinny Guadagnino and Lil Wayne have all been seen wearing Young & Reckless clothing. Chris "Drama" Pfaff has really made a name for himself in true rags-to-riches fashion. He appeared in the reality TV series Rob & Big from 2006 to 2008 and on the series Rob Dyrdek's Fantasy Factory from 2009 to 2015. Pfaff has also appeared on episodes of the TV series Nitro Circus, Punk'd, TakePart Live, and Ridiculousness. 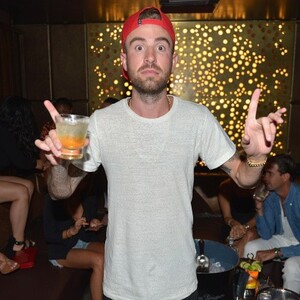