What is Chris Matthews' net worth and salary?

Chris Matthews is a former American political commentator and talk show host who has a net worth of $20 million dollars. From 1994 to 2020, Chris hosted his own weeknight talk show, "Hardball with Chris Matthews," which ran on the now-defunct America's Talking network before moving to CNBC and then to MSNBC. Matthews announced his retirement after he was accused of inappropriate behavior on the show.

What was Chris Matthews' salary per year at "Hardball"? $5 million.

Chris Matthews was born in 1945 in Philadelphia, Pennsylvania as the son of Herb, a court reporter, and Mary. Of English and Scots-Irish descent, Matthews and his siblings grew up Catholic. He went to La Salle College High School, and then to College of the Holy Cross in Worcester, Massachusetts, from which he graduated in 1967. Additionally, he did some graduate work in economics at the University of North Carolina at Chapel Hill, and was a visiting fellow at Harvard's Institute of Politics. From 1968 to 1970, Matthews was a trade development adviser in the United States Peace Corps, serving in Swaziland.

Upon his initial arrival in Washington, DC, Matthews worked with the United States Capitol Police as an officer. Afterward, he was on the staffs of four Democratic Members of Congress. In 1974, he launched a campaign for Pennsylvania's 4th congressional district seat; receiving around 24% of the vote in the primary, he was ultimately unsuccessful. Following this, Matthews became a presidential speechwriter under Jimmy Carter. Later, during the Reagan administration, he served as Chief of Staff to Speaker of the House Tip O'Neill.

For 15 years, Matthews worked in print media. He was the Washington, DC bureau chief for the San Francisco Examiner from 1987 to 2000, and spent two years as a nationally syndicated columnist for the San Francisco Chronicle. Among the events he covered were the fall of the Berlin Wall, Northern Ireland's Good Friday peace talks, and all the presidential election campaigns from 1988 to 2000.

In 1994, Matthews launched his own talk show, "Politics with Chris Matthews," on the short-lived America's Talking cable channel. Following that channel's dissolution in 1996, the program moved to CNBC, and then to MSNBC, and changed its name to "Hardball with Chris Matthews." The hour-long weeknight talk show featured political figures and a panel of analysts, and covered current events and various political issues.

Controversies and the End of Hardball

Matthew's "Hardball" was known for many controversial encounters and remarks, made both on and off air. At an off-air anniversary celebration of the show in 2007, Matthews drew controversy when he claimed that the Bush administration tried to silence him by pressuring MSNBC to stop him from criticizing the Iraq War. On air, there had also been heated confrontations between Matthews and guests such as conservative commentator Michelle Malkin, Senator Zell Miller, and broadcaster Kevin James; these confrontations were typically caused by erroneous or inflammatory remarks made by the guests.

Despite planning to stay on the show until after the 2020 election, Matthews announced his retirement from "Hardball" in March of that year. His decision came after he was accused by a female journalist of sexual misconduct and inappropriate remarks made to her on the program. Additionally, he had received criticisms for a number of other controversial comments made on air, including his comparison of Bernie Sanders' victory in the Nevada caucus to the fall of France to the Nazis. Following the cancellation of "Hardball," the time slot was filled by rotating MSNBC hosts, and was then filled by "The ReidOut," hosted by Joy Reid. 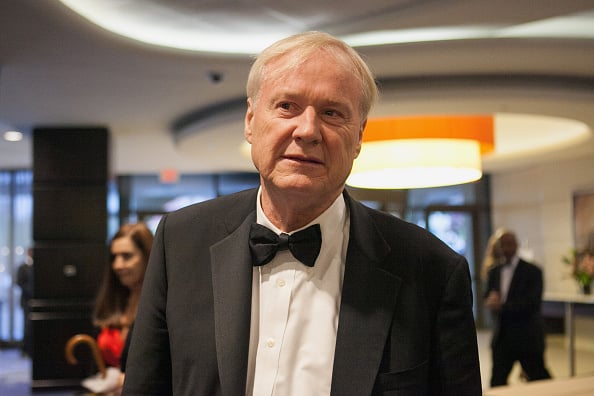 Career as an Author

Beyond broadcasting, Matthews has written many bestselling books. His first work, 1988's "Hardball: How Politics is Played, Told by One Who Knows the Game," provided the title for Matthews' future eponymous talk show. Other books have included "Kennedy & Nixon: The Rivalry That Shaped Postwar America"; "Now, Let Me Tell You What I Really Think"; "American: Beyond Our Grandest Notions"; and "Life's a Campaign: What Politics Has Taught Me About Friendship, Rivalry, Reputation, and Success."

One of Matthews' most successful books was 2011's "Jack Kennedy: Elusive Hero," which was on the New York Times bestseller list for 12 weeks. It received rave reviews from publications including the Boston Globe, the Washington Post, and Publishers Weekly. Matthews followed this success with 2013's "Tip and the Gipper: When Politics Worked," and "Bobby Kennedy: A Raging Spirit," released in 2017.

Since 1980, Matthews has been married to Kathleen Matthews, a former news anchor and executive vice president of hotel company Marriott International. In 2015, she ran an unsuccessful campaign for a Democratic house seat in Maryland's 8th congressional district. The Matthews have three children: Thomas, Caroline, and Michael.

Matthews has earned over 30 honorary degrees across his career, including doctorates from Fordham University, Temple University, Washington University in St. Louis, Merrimack College, and Peirce College. He has also won a number of awards such as the Pennsylvania Society's Gold Medal for Distinguished Achievement, the John F. Kennedy Memorial Award, the David Brinkley Award for Excellence in Broadcast Journalism, and the Union League of Philadelphia's Abraham Lincoln Award.