Chris Hansen Net Worth and Salary: Chris Hansen is an American news anchor and television host who has a net worth of $1.5 million. He is best known for his work with Dateline NBC, and during this time he hosted a number of TV specials entitled "To Catch a Predator." The show centered around sting operations set up by Hansen and law enforcement officials, with the goal of catching sex predators. After this series came to a close, Hansen went on to host a number of additional shows, including "Killer Instinct" and "Crime Watch Daily." In addition to his television work, Hansen is now a YouTube personality.

Chris' work on "To Catch a Predator" turned him into a pop culture icon, which many references to his show over the years. To this day, he is the subject of countless memes and jokes that have surfaced across the internet and in TV shows and films. Over the course of his career, Hansen has won a number of honors and accolades for his television work. These include eight Emmy Awards, four Edward R. Murrow Awards, three Clarion Awards, an Overseas Press Club award, an IRE, a National Press Club award, an International Consortium of Investigative Journalists Award, and awards from both the Associated Press and United Press International.

Early Life: Christopher Edward Hansen was born on September 13th of 1959 in Chicago, Illinois. Raised in Bloomfield Township and Birmingham in Michigan, Chris became inspired to become a journalist at the age of 14 after following the FBI investigation into the disappearance of Jimmy Hoffa. By 1981, Hansen had graduated from the College of Communication Arts and Sciences at Michigan State University. He had earned a bachelor's degree in telecommunication.

Career: Even before graduating from Michigan State, Hansen took a job as a reporter for a Lansing-based NBC affiliate during his senior year. After leaving college, he worked as a reporter in Tampa, Detroit, and various cities throughout Michigan. Chris then took a major step forward in 1988, becoming an investigative reporter and anchor for an NBC affiliate in Detroit. In 1993, Hansen finally joined NBC News officially as a correspondent.

Although Chris started his NBC career as a correspondent for "Now with Tom Brokaw and Katie Couric," the news program was short-lived. He subsequently accepted a new position working on NBC's "Dateline" specials. During this period, he covered high-level stories such as the Columbine Shooting, the Oklahoma City bombing, the Unabomber, and the TWA Flight 800 disaster.

He also furthered his career as an investigative journalist, looking into Indian child labor and counterfeit drug sales in China. One of his biggest roles was in NBC's coverage of the September 11th attacks. In the months and years that followed, Hansen reported on Osama Bin Laden's activities, the Air France Flight 8969 hijacking, and deficient security at airports in the United States. The latter report caused the FAA to significantly rethink its airport security policies.

In 2004, Chris Hansen began hosting "To Catch a Predator." The series him working alongside volunteers who impersonated minor children in online chat rooms, eventually agreeing to meet adults for sexual encounters. The entire operation was a sting, and the agreed-upon meeting places for these encounters were filled with camera crews and police officers. This show proved to be incredibly successful and popular, and it led to a number of spin-offs. However, Chris was eventually fired from NBC after compromising photos of him and his mistress surfaced.

After leaving NBC, Hansen hosted new shows such as "Killer Instinct" before attempting to create another spin-off of "To Catch a Predator." He was ultimately unsuccessful in securing enough funding. In 2016, he became the new host of "Crime Watch Daily." He then created a YouTube channel and began airing a series of podcasts.

Relationships: In 2018, it was widely reported that Hansen's wife of 30 years, Mary Joan, had filed for divorce. This came five years after Chris was photographed kissing a "former mistress," an incident that eventually led to his dismissal from NBC. However, Mary Joan began appearing on Chris' YouTube channel in 2020, suggesting that the pair had reconciled. The couple has had two children over the course of their relationship. It was also reported that Hansen had been "evicted" from his home in early 2019 while going through his divorce, allegedly because he had failed to pay rent rental fees for his New York apartment for several months.

Legal Issues: In 2019, Chris Hansen turned himself in to Connecticut Police after being charged with larceny. He had allegedly written bad checks to a vendor for marketing materials, and these checks were for almost $13,000 worth of materials, including t-shirts, mugs, and decals. Charges were later dropped, but these wouldn't be the last of Hansen's legal issues.

The very next year in 2020, Chris was charged with harassment. An unnamed individual accused him of "communication in manner to cause alarm," and it was reported that he was due in court later that year.

In 2021, it was reported that a warrant had been issued for Chris' arrest. This came after he failed to respond to a subpoena and appear in court. The case was related to sex trafficking, and Chris was slated to share key materials pertaining to a case involving three people charged with attempted to sexually assault children. He later referred to the incident as a miscommunication and assured the public that the matter was being resolved. 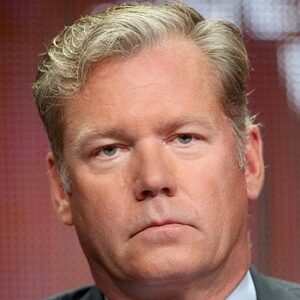